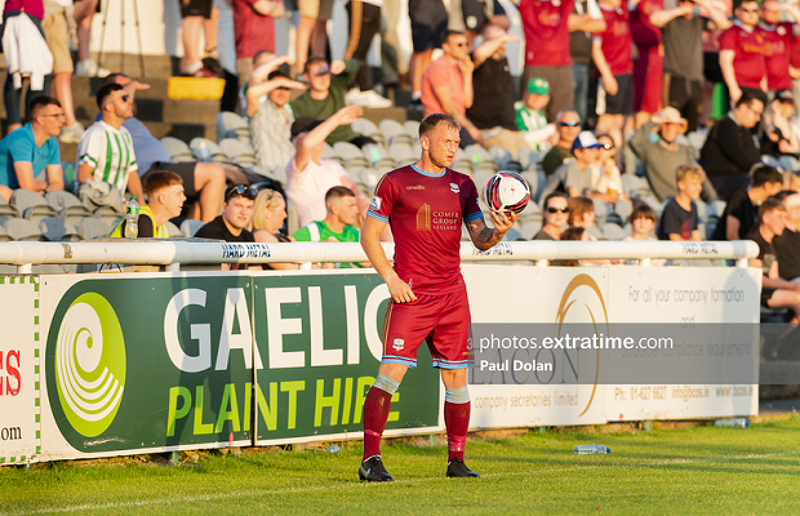 Galway United will be looking to extend their lead at the top of the First Division table when they host Treaty United at Eamonn Deacy Park on Friday night (kick-off 7.45pm).

The Tribesmen regained the top spot with a win over Bray Wanderers last week, their first game back after the midseason break.

John Caulfield’s men ran out 5-1 winners at the Carlisle Grounds to ultimately go one point clear at the top of the table after Cork City drew with Longford Town on Saturday night.

Stephen Walsh scored twice to bring his tally for the season into double figures, while Wilson Waweru, Max Hemmings and David Hurley all chipped in with a goal each to contribute to an emphatic victory on the east coast.

“We are looking forward to this week’s game – it is a real local derby, especially with the Galway connection in the Treaty team,” Caulfield told the club’s media team.

“We know how difficult it will be, Treaty had a good win against Athlone last week. Both games between the two teams this year were extremely tight so we are expecting another very tough game on Friday.”

Treaty United held on to fifth place in the First Division last week with a 2-1 win over Athlone Town at Market’s Field.

Dean George and Jack Lynch were the goal scorers for the Limerick side, with both goals scored in the opening ten minutes.

Athlone Town scored with just over twenty minutes gone thanks to former Galway Untied man Thomas Oluwa, however Tommy Barrett’s side would hold out for the valuable three points to stay in the promotion spots.

Treaty received a huge boost with striker Enda Curran’s first appearance since picking up an injury earlier this season – last Friday was is first game for United since mid-May.

If fit for Friday night’s game he could prove to be a thorn for former club Galway United, Curran has scored six goals so far this season with one of those coming against his former club back in March.

Galway United have won both meetings between the side so far.

One of those victories was a 3-2 win at the Markets Field with the Tribesmen coming back from two goals down to win 3-2 in the last 15 minutes.

After last Friday’s game Stephen Walsh is now one of the top goal scorers in the First Division this season, with Waterford’s Phoenix Patterson the only other player with the same amount of goals this campaign.