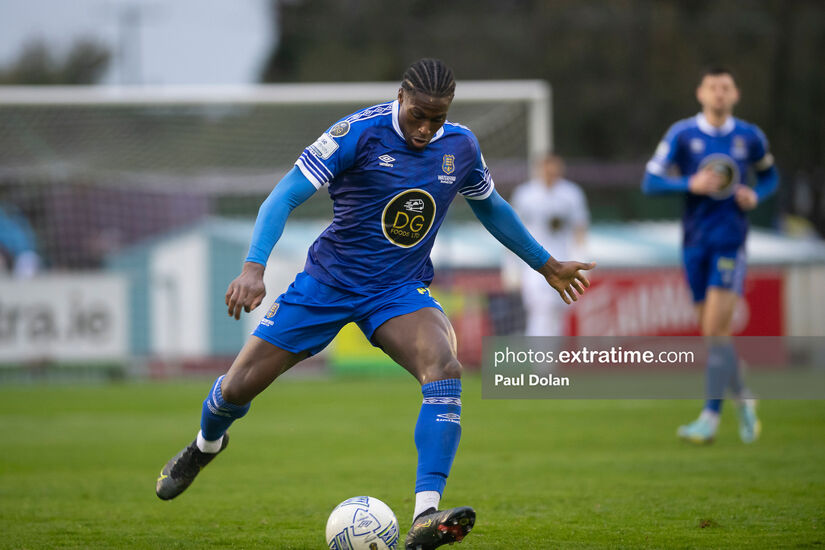 Tunmise Sobowale in action for Waterford during the 2022 season. Credit: Paul Dolan (ETPhotos)

Tunmise Sobowale set to remain with Waterford for upcoming season

Waterford FC have announced the re-signing of Tunmise Sobowale for the 2023 League of Ireland season.

The club revealed that the defender is set to remain as part of manager Danny Searle’s squad for the upcoming season after the option in his contract was activated.

Sobowale is a Waterford Academy graduate and made his senior debut for the club in 2016, he then went on to have spells with Finn Harps and Hercules, in Spain, before returning to Waterford in 2020.

He spent the second half of the 2021 season with Athlone Town before returning to the Blues ahead of the 2022 season and becoming a key member of their squad as the 23 year old went on to make 30 appearances in al competitions last year as the side finished in second place in the First Division.