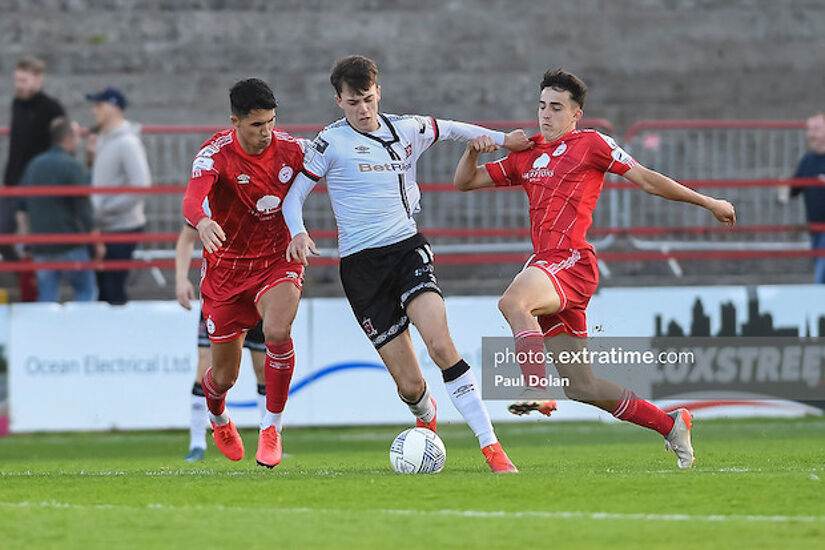 Shelbourne will be looking to overtake Bohemians in the Premier Division table when they host the Gypsies in the Northside Derby on Friday night (kick-off 7.45pm)

The Reds are just a point behind Keith Long’s side, and they still may have their sights on chasing down that fourth place spot before the end of the season, as it stands they are just eight points behind St Patrick’s Athletic and with a game at hand.

Damien Duff’s men had been going well in recent weeks with two wins on the bounce although last Friday’s 3-1 loss to Drogheda United will have come as a major disappointment, especially given the nature of that defeat.

Jack Moylan opened the scoring for Shels in the opening ten minutes but former Shelbourne players Ryan Brennan and Dayle Rooney combined to overturn the deficit and come back to haunt their former manager.

Looking to this Friday night and certainly history isn’t quite with the Drumcondra side.

Aside from victories in the Leinster Senior Cup and EA Sports Cup in 2017 and 2016 respectively, you have to go all the way back to June 2013 for the last time Shelbourne recorded a Premier Division victory over their northside rivals.

This season hasn’t been great on that front either, the side have met three times already this year and while they drew 1-1 in their first meeting, Shelbourne were defeated in the following two games and Friday night will be their last opportunity this season to claim a victory over against Bohs – unless they wind up meeting in the FAI Cup later this season..

It’s been a challenging couple of weeks for Keith Long’s men after two defeats on the bounce which has seen them lose ground on the teams ahead of them.

They lost 2-1 to Sligo Rovers first, which allowed the Bit O’Red open up a three point gap between themselves and Bohemians in the race for European football this season.

Then, last Friday nigh they were left frustrated by second place Dundalk who managed to come away from Dalymount Park with a 1-0 win.

Tadhg Ryan put the ball into his own net in the first half, with a bit of help from Dundalk’s John Martin and then when the Lilywhites were reduced to ten men later in the game after Andy Boyle’s sending off, they failed to capitalise and came away with no points for a second game running.

Depending on how results go elsewhere a win on Friday night would put them right back in the frame in the push for European football.

Their record in recent years against Shelbourne should fill them with some positivity too when they make the short trip from Phibsboro to Drumcondra tomorrow night.

Shelbourne have not won a Premier Division game against Bohemians since June 2013.

The sides have met three times this season so far and the Gypsies have emerged victorious on two of those occasions with the teams sharing the points in the third fixture.

A win tomorrow night would put Shelbourne two points ahead of Bohemians in the Premier Division table.