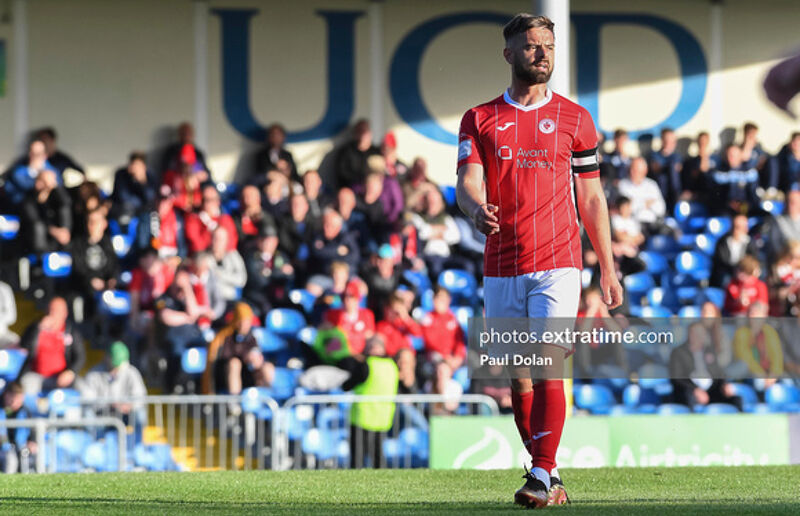 UCD and Sligo Rovers played out a 1-1 draw at sunny Belfield on Friday night, with the result a very fair reflection of the proceedings over the course of the 100 minutes of action.

UCD are rooted to the bottom of the table so any point gained, home or away, is invaluable to them in their quest to avoid automatic relegation back to the First Division. As it transpired however, results elsewhere, particularly Finn Harps’ draw against Derry City, means that there is no change at all for UCD at the bottom of the table, they still prop up the table and are still three points adrift of Harps.

Sligo Rovers on the other hand have top four aspirations, but the draw does not do much good to their cause either.They started the game in fifth position and are still in that position even with the point gained, three points behind St Patricks Athletic who occupy fourth position.

Sligo Rovers started very brightly and dominated the game for the first 20 minutes, with midfield general Greg Bolger very prominent and wingers Will Fitzgerald and Paddy Kirk seeing a lot of the ball.

The wingers met very resolute UCD full backs however, with Michael Gallagher and Evan Osam in outstanding form all night. Indeed, the UCD defence as a whole was very impressive, as Sam Todd and Eric Yoro also kept a tight rein on Sligo dangerman Aidan Keena all night.The Students came more into the game around the 20th minute mark but at that stage the game had become quite scrappy.

Rovers did have a few half chances before the break, Keena managed to escape his markers for a few attempts on goal but he was unable to beat Kian Moore in goals and it was scoreless at half time.

Sligo also started the second half on the front foot and they got their reward with the opening goal in the 54th minute.Keena again did the groundwork, getting a shot away after evading his markers, and while it was only parried away by Moore, Karl O’ Sullivan was quickest to react and he headed the ball into the net for a good goal.

The momentum of the game was interrupted shortly after the goal when referee David Dunne took a whack of the ball to the face and had to be treated on the pitch. After a 10-minute delay he was stretchered off to be replaced by fourth official Derek Tomney.

The break in play probably helped the home side as they were able to regroup after conceding the O’ Sullivan goal and they then forced an equaliser in the 69th minute.Evan Caffrey did the spade work on this occasion, making room on the left side of the Rovers defence and getting in a good cross which Dylan Duffy was able to head past Ed McGinty.

The goal was somewhat against the run of play but it certainly energised the students and they actually finished the game the stronger of the two sides.Rovers did have one final chance to regain the lead in the 88th minute, but McDonnell’s impressive left foot drive was met by an equally impressive top drawer save by Moore who pushed the ball away for a corner.

The game went on to the 100th minute due to the lengthy stoppage from the referee’s injury but neither side could add to their tally and it finished as a 1-1 draw.