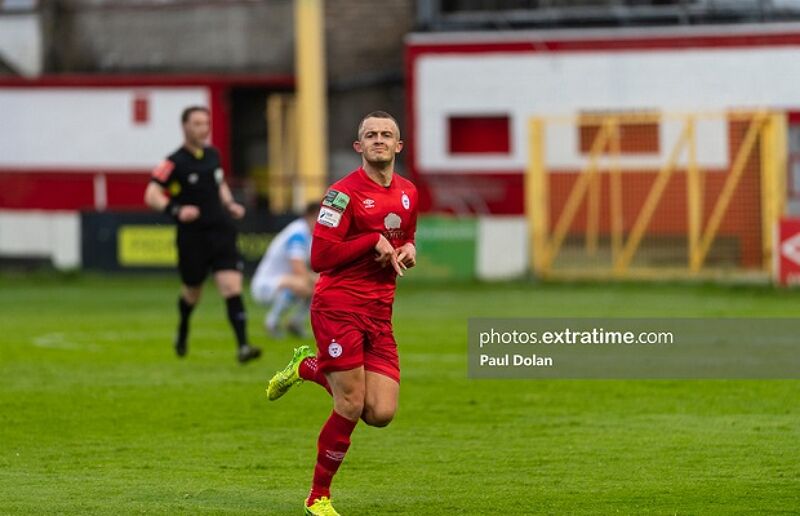 O'Connor has moved to the NIFL Premiership for the second time. Credit: Paul Dolan (ETPhotos)

The striker had been without a club for a short period of time having departed newly promoted Shelbourne earlier this month.

O’Connor had helped the Reds to the First Division title with eight goals this past season.

He returns to the Northern Irish League for a second spell having previously played for Glentoran’s Belfast rivals Linfield between 2018 and 2020.

“I’m delighted to have got Michael signed and I know he will increase our attacking options for the second half of the season,” Mick McDermott said, speaking to Glentoran’s website.

“It’s well known that we tried to sign him when he left Linfield and following that, so it’s great to finally get him.

“Michael is well known to most of our players, and he knows the league as he’s been to quite a few of our matches this season, along with Ciaran.

“I’ve said all along that when good players become available, we’ll be in for them. That will continue to be the case.”

The Glens are back in action this Friday night when they host Dungannon Swifts (kick-off 7.45pm).