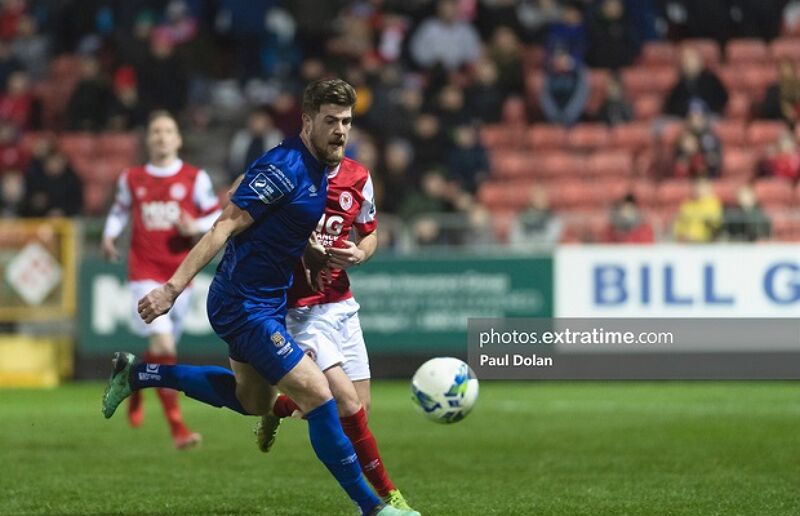 Stephen O’Donnell’s St Patrick’s Athletic have unveiled the signing of Sam Bone from Waterford ahead of the 2021 season.

The 22-year-old left the Blues earlier in the off-season ‘with an incredibly sour taste’ after being left in the dark for four weeks after the end of the season.

While at Waterford, Bone played a total of 17 times, with his last appearance coming during the 2-2 draw against Dundalk in August.

But he has since made the move to the Athletic and is relishing his new start with a side he is looking to ‘win trophies’ at.

“The gaffer touched base with me and told me what his plans were for the season and how he saw me fitting into them,” Bone said after signing.

“I know it’s kind of cliché, but I was really excited about what he had to say. He seemed really keen about getting me in.

“I played against Stevie as a player and against him while he was manager and I see Pats as a team to make me a better player in the future.”

He added: “We want to be challenging. You look at the team we have, with Robbie Benson in there. John Mountney and Ronan Coughlan who just signed as well.

“These are all players who are top players in the league. I think we’ll try and be up there in the league and do as well as we can in the FAI. I want to be fighting for those medals.”