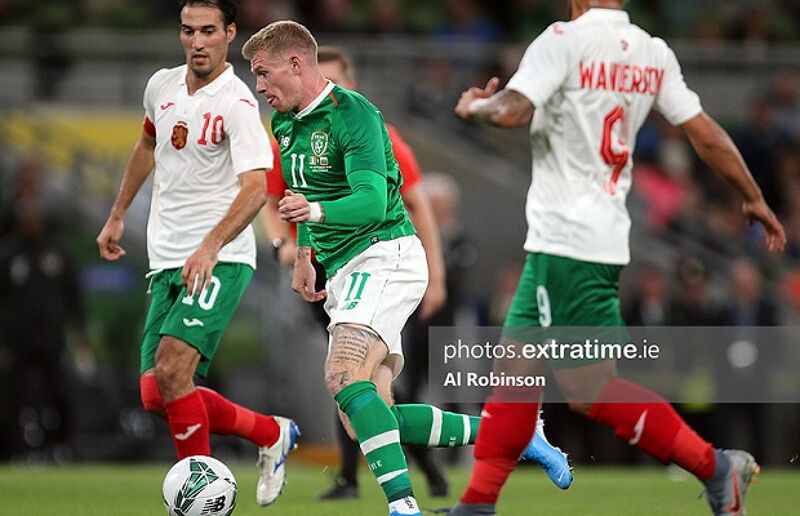 The trio did not travel with the rest of the squad to Dublin this morning and will begin treatment with Bulgaria’s health authorities.

All other players and members of the technical gave negative tests and made the trip to Ireland for a game Bulgaria must win to avoid relegation to League C.

It brings to nine players the number that manager Lyuboslav Penev will be without for the game following a number of earlier withdrawals.

Anton Nedyalkov previously tested positive for Covid-19 when the squad first met up, while first-choice goalkeeper Nikolay Mihaylov is among those to pull out with injury.

Among those called up are Georgi Dermendzhiev, Alexander Vassilev, Georgi Angelov and the CSKA 1948 midfielders Denislav Alexandrov and Serkan Ussein.

They come up against an Ireland squad missing 15 of the original selection after Matt Doherty and James McClean became the latest to post positive Covid-19 tests.

Adam Idah returned to his club after picking up an injury, while Jeff Hendrick and Jayson Molumby are suspended.

Shamrock Rovers duo Aaron McEneff and Graham Burke have been called up, while Troy Parrott and Jack Taylor have been promoted from the under-21s.

No further cases were reported from a fresh round of testing on Tuesday morning and further tests will take place before Wednesday's games.

"The Football Association of Ireland can confirm that all players and staff tested negative for Covid-19 ahead of the UEFA Nations League match against Bulgaria," read a statement.

"The round of testing took place yesterday on arrival back into Dublin ahead of the fixture on Wednesday, November 18 at the Aviva Stadium."