Slovakia -v- Republic of Ireland: Where can I watch it and what do I need to know? 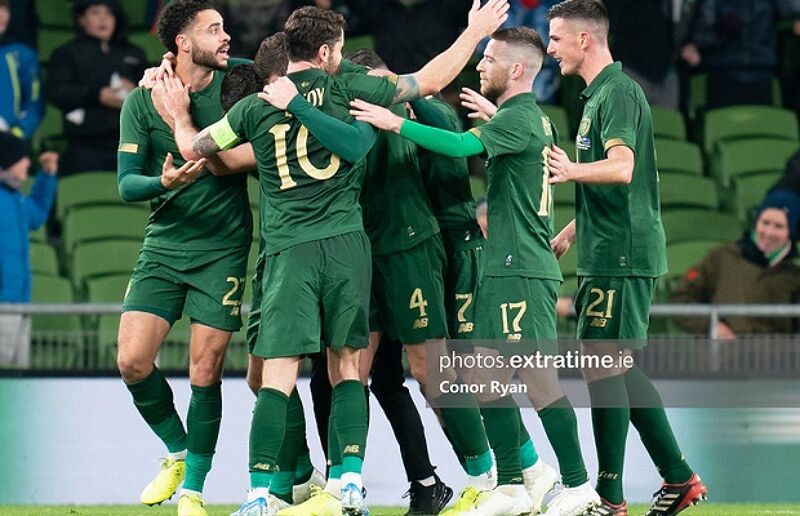 Six months of waiting comes down to 90, or possibly, 120 minutes of football for Stephen Kenny as his Republic of Ireland side take on Slovakia in their Euro 2020 play-off semi-final in Bratislava.

Win and a straight winner-takes-all clash away to either Bosnia & Herzegovina or Northern Ireland awaits – lose, and the hosts will be absent when Dublin puts on four games next summer.

A third-place finish in qualifying under Mick McCarthy means Ireland had to rely on the Nations League play-off route – they drew the short straw with an away tie.

The game was originally scheduled for March but was postponed following the Covid-19 outbreak – Kenny succeeded McCarthy in the interim but had to wait for his chance.

Last month saw a disappointing return of one point from Nations League games away to Bulgaria and at home to Finland, but those were partly about assessing his options for the big game.

The unavailability of Serie A duty of Milan Skriniar (Covid-19) and Stanislav Lobotka (quarantine) will hurt Slovakia, as will the absence of a home crowd, but they are a more settled outfit.

All eyes will be on Bratislava to see if an extra four weeks have been enough for Kenny to fully impart his philosophy and take Ireland to a play-off final.

Clément Turpin from France is the referee.

No there bleedin’ aren’t. There’s a pandemic going on.

The game will be shown live in the Republic of Ireland on RTÉ2 and Sky Sports.

The absence of Napoli’s Lobotka will weaken the Slovakian midfield and put more pressure on Juraj Kucka to set the tempo.

Marek Hamsik, at 33, isn’t the force he was in his prime, and there are question marks over the standard he’s facing in China, but he remains a potent attacking weapon.

With Slovakia far from prolific in front of goal, it may well come down to one chance and the former Napoli playmaker is the man to make it happen.

While Slovakia mull over their absent players, the return of David McGoldrick to full fitness will be as big a boon for Kenny.

His absence was felt in the Bulgaria and Finland games as midfield and attack struggled to connect and, in McGoldrick, Kenny has a player whose MO is to join the dots.

Kenny has a decision about where to play the versatile attacker – McCarthy preferred him as a nine while he plays off the striker for Sheffield United – but he will add value wherever he plays.

Slovakia are without Michael Duris, Lubomir Satka and Milan Skriniar, while Martin Dubravka and David Hancko were ruled out before the squad was selected.

Captain Seamus Coleman is Ireland’s most significant absentee, while Darragh Lenihan and Harry Arter were also forced to withdraw from the named squad.