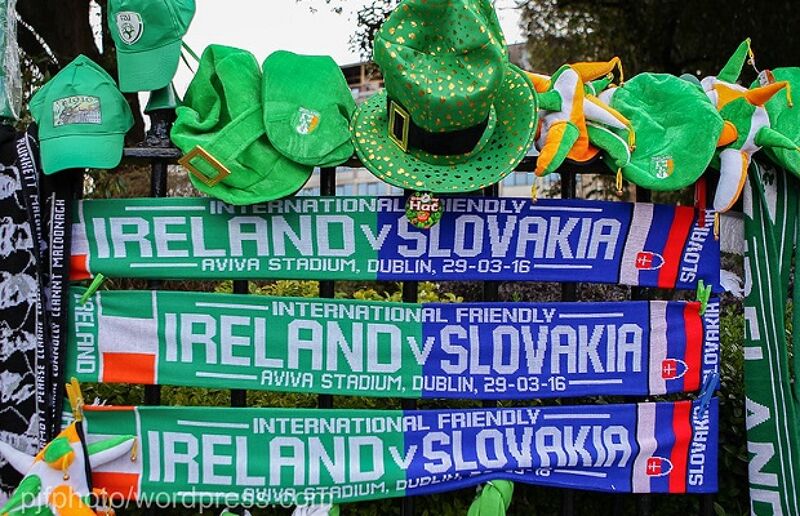 Slovakia welcome the Republic of Ireland to Bratislava as they look to keep their chances of a second-ever European Championships on track (kick-off 7.45pm Irish time – live on RTÉ2).

The central European side reached the finals for the first time in France four years ago but were unable to secure automatic qualification this time around.

Pavel Halap’s side have had a less-than-ideal preparation period with defender Milan Skriniar the latest to drop out of the squad after testing positive for Coronavirus.

Midfielder Stanislav Lobotka remains in quarantine with his club Napoli, while regular number one Martin Dubravka and left back David Hancko are injured.

Michael Duris and Lubomir Satka have also withdrawn from the original squad, with Erik Sabo, Jakub Holobek, Pavol Safranko and Branislav Ninaj have been added.

We’re 90% clear [of who will play on Thursday]. One or two positions are a topic for consideration,” said Halap.

"[Ireland] is definitely not a weak team. The players [play for] the whole 90 minutes. They know how to decide a match in their favour even at the very end.

“We saw their duel with Denmark, after which they did not go to the Euro, but the Danes were hellish hot in the end.

“There is no time for [nerves]. I don't feel it and I don't feel like the players feel it. It's an important step. We are set up to handle it. "

Slovakia finished third in their qualifying group, behind World Cup finalists Croatia and second-placed Wales, finishing just a point behind the latter.

They took just a point from their opening two Nations League matches, losing 3-1 at home to the Czech Republic before drawing 1-1 away to Israel, and currently lie bottom.

Ireland travel to Bratislava for Stephen Kenny’s first test as manager with a place in the play-off final at stake.

Kenny failed to win in either of his first two games in charge, the Nations League games away to Bulgaria and at home to Finland.

A 1-1 draw in Sofia, sealed with a header deep in injury time from stand-in captain Shane Duffy, was followed by a 1-0 defeat to Finland in Dublin three days later.

Duffy is likely to continue in that role following confirmation that Seamus Coleman has had to withdraw with a hamstring injury picked up playing for Everton at the weekend.

The manager will need to oversee a vastly-improved performance if Ireland are to overcome the disadvantage of playing away, albeit in an empty stadium.

“I think we’re going to have to really play at the top of our game to win tomorrow night,” said an excited Kenny.

“The motivation is very, very high. Players’ careers are short and the opportunities to get to major tournaments are not so frequent.

“If you can achieve that, particularly when it’s in Ireland, which is unprecedented, it would be incredibly special.

“Slovakia will be tough opponents but we’re doing everything we can to prepare and make sure that we give ourselves every opportunity.”

“The things that we’ve worked on, the players have a clear idea. Some things that we needed to improve on, we were able to analyse that, assess it and address it.

“We’re definitely in a much better place than we were four weeks ago.”

As well as Coleman, Kenny will be without injured duo Harry Arter and Darragh Lenihan. Cyrus Christie, Kevin Long and Josh Cullen come into the squad.

Slovakia have never beaten the Republic of Ireland in any of their five meetings to date.

Ireland have won once, Kevin Doyle securing 1-0 win for Steve Staunton’s side in qualification for the 2008 European Championship.

Each of the four subsequent games have finished in a draw, the most recent a 2-2 result at Lansdowne Road in a Euro 2016 warm-up friendly.