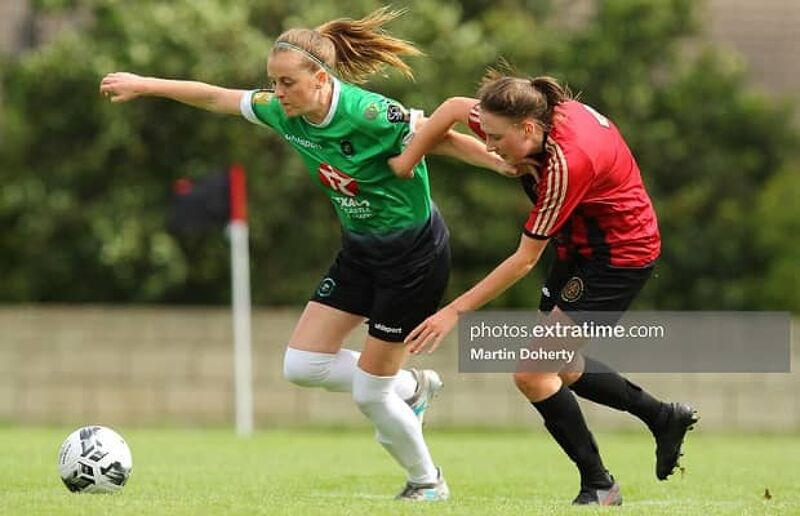 The Champions are in flying form so far in this season’s Women’s National League with wins in all three of their games.

Last week they saw off the challenge of Bohemians with a 3-0 win thanks to a goal from Eleanor Ryan Doyle and a brace from Aine O’Gorman.

The Dublin side have yet to concede a goal this season and, with Athlone’s poor form in front of goal so far, Peamount will be expecting to claim another three points on Saturday evening.

They will have been further boosted by the selection of five players in the latest Republic of Ireland squad: Niamh Reid-Burke, Claire Walsh, Niamh Farrelly, Aine O'Gorman and Steph Roche.

The Town have lost all three of their games this season, but it doesn’t help that all three games have been against sides that finished in the top four last season in the WNL.

Athlone hosted Shelbourne last week and were beaten 3-0 for the second time that week, having fallen to Galway on the same score line in their midweek fixture.

They won’t be expecting much from Saturday’s fixture against the current WNL Champions but at least they can look forward to testing themselves against the teams outside the top half of the table in the coming weeks.

This will be the first meeting between the two sides in the Women’s National League.

Peamount’s Aine O’Gorman is currently the top scorer in the WNL with four goals.

Athlone Town are still looking for their first goal of the season.