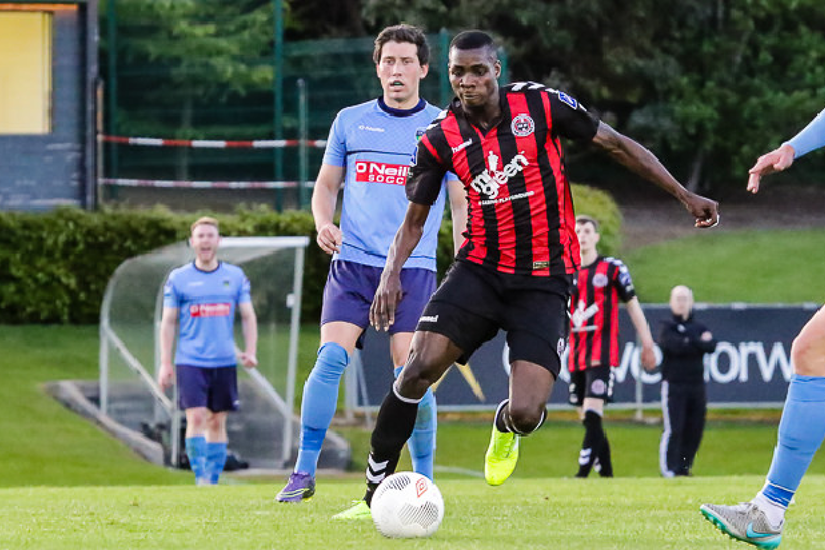 
Bohemians host Galway United in Dalymount Park on Friday night hoping to continue their winning run, while the Tribesmen seek a first victory in three games. Kick-off 7:45pm.
BOHEMIANS FC
Keith Long’s side welcome Galway United to Dalymount Park on Friday evening, aiming to continue the momentum they built before the mid-season break when the Gypsies recorded four consecutive victories in all competitions after a run of seven games without a goal.
With the sides clashing for the second time in five weeks, the Gypsies boss is hoping his side can pick up where they left off before the break against the Tribesmen.
"Galway are ahead of us but we're looking upwards now,” Long told bohemianfc.com. “We want to hit the ground running. Confidence is high and if we play to our strengths, we can move up the table.
"It's important we get off to a good start tomorrow. We were slow starting after the mid-season break last year. That can't happen again."
After May's FAI Cup victory against Tommy Dunne’s side ended Bohemians' worst run of form under Long, the manager is hoping his side do not slip up in front of their home fans. Bohs suffered defeat when the sides last met in the league back in April at Eamonn Deacy Park.
"It was a huge game for us [in the FAI Cup against Galway] as our league form wasn't great going into that game. You can see how much confidence the players took from that result. We've done very well since, but tomorrow will be a different game."
In addition to the confidence built from the recent run of form, the Gypsies also welcome back Paddy Kavanagh, who returns from an ankle injury picked up against Galway in the cup clash, while Ayman Ben Mohamed returns after missing the games with St Patrick’s Athletic and Wexford Youths due to international duty with Tunisia.
GALWAY UNITED
Galway United travel to the capital aiming to end a run of three games without a victory in all competitions after suffering defeats against Sligo Rovers and Bohemians (FAI Cup) while also being held to a 0-0 draw at home against Derry City in their most recent outing.
The Tribesmen head into Friday’s clash knowing if they can rediscover their form that saw them defeat Pat's and Bohs earlier in the season they could leapfrog the Saints into fifth place in the league table. Despite the Gypsies' recent run of form, Dunne admitted that his side are going to "really have a go” at Dalymount on Friday evening.
"Bohs came into the break with a good win in Wexford and we were disappointed at drawing a game against Derry that maybe we should have won," Dunne told galwayunitedfc.ie.
Despite playing with an extra man for more than an hour in their 0-0 draw with Derry City, the Galway manager explained that his side did not use their possession accordingly and they must move on from the draw and focus on the clash with Bohemians.
"We missed chances and with Derry down a man, but sometimes it can be difficult to play against ten men. We didn't use the ball well enough or have enough patience or deliveries and crosses into the box, but we have to move on.
"Bohs in Dalymount has always been a tough game for us, but if we can get our mentality right the goals will come. Akinade is back and fully fit, so they've got a bit of confidence in them and have scored quite a few goals in recent games. We know we have a tough task, but we're going to go to Dublin and really have a go."
Both Enda Curran and Marc Ludden will miss the trip to the capital due to injury while Kevin Devaney is doubtful and Armin Aganovic is suspended due to his straight red card against Sligo Rovers.
Referee: Robert Harvey.
MATCH STATS
The sides have clashed twice this season with both sides winning one game each, Galway winning the league clash at Eamonn Deacy Park 1-0 while Bohemians gained revenge in the FAI Cup second round with a 2-0 victory at Dalymount Park.
Vinny Faherty is the league's top scorer this season with eight league goals while no Bohs player has scored more than two league goals.
Bohemians trail Galway United by five points in the league table.
BETTING
23/20 Bohemians, 11/5 Draw, 12/5 Galway United.
PREDICTION
Bohemians 2-0 Galway United.
Bohemians FC
Injured: Jake Kelly (shoulder).
Doubtful: None.
Suspended: None.
Galway United
Injured: Enda Curran (groin), Marc Ludden (calf).
Doubtful: Kevin Devaney (calf).
Suspended: Armin Aganovic.

Aaron is a Dublin based reporter who joined Extratime.ie in February of 2015 as a Women's National League reporter. Two months later he began covering League of Ireland football and most weekends he can be … View Full Profile