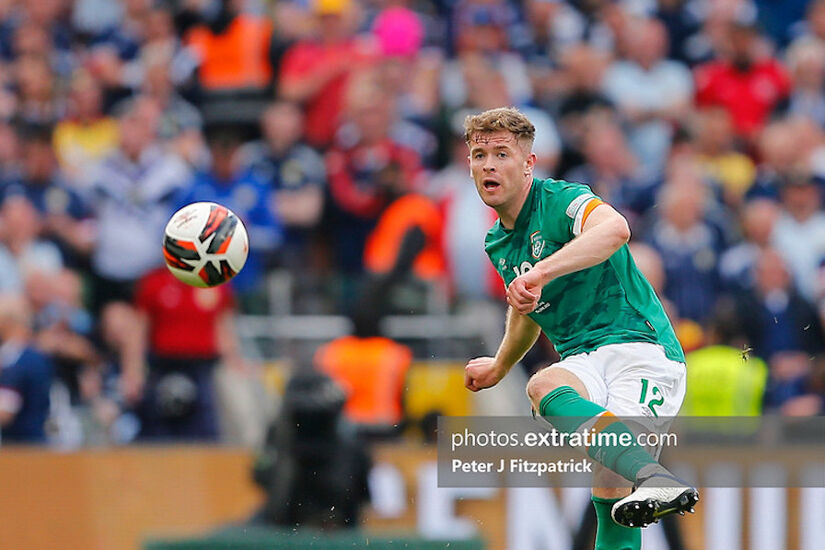 Wolves defender Nathan Collins will be glad to see the back of Manchester City this season. When the Republic of Ireland international faced the Premier League champions back in September, he received a straight red card for a challenge on Jack Grealish.

On Sunday, he was on the receiving end of a striking masterclass by Erling Haaland who scored his fourth hat-trick of the season.

The Norwegian striker made it to the quarter century mark of league goals for the season in what was his 19th match of the league campaign – that made it 31 goals in 26 games in all competitions.

“He’s a top striker,” was Collins assessment of Haaland when he spoke after his side’s 3-0 defeat at Etihad. “You can’t defend strikers like that one versus one, you need to defend as a team, especially against City.

“He gets himself in positions and creates chances for himself, you can stop him three of or four times, but he always gets that extra chance. Everyone has to defend, it’s not just one player, no player can defend one versus one against him, I don’t think personally.

“You’re coming up against top players and a top team, but you need to defend as an 11. They got the better of us and showed their quality.”

Next up for Wolves is a home league game against Liverpool on 4th February. They have a free weekend coming as it is FA Cup fourth round time Wolves lost to Liverpool 1-0 at Anfield in a replay in the last round.

Wolves sit just outside the automatic relegation zone but only thanks to a better goal difference of five from Bournemouth.

“City were good, but it’s a step backwards I think for us, from where we’ve come from,” said the 21-year-old. “I think we can be a lot better than that and we have to look at ourselves in the mirror and go again.

"We know what we have, we know how good we can be, and that’s not where the standards should be.

“Sunday was a bit of a blip. We let ourselves down a bit, but we need to dust ourselves off and go again. You can see us previously [improving] on the ball, creating chances, and defending as a unit – defensively we were a lot better.

"We weren’t at our best, I think we tried and worked hard, but maybe on the day we weren’t there, and they were.”