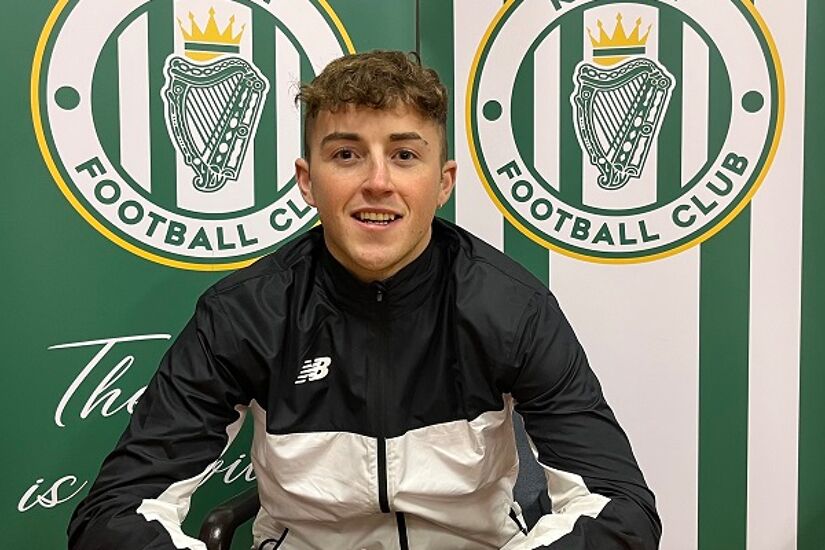 League of Ireland First Division Cobh Ramblers have added Callum Stringer to their ranks on loan from Waterford.

The Blues teenager joins the Rams on a season-long loan after coming through the underage set-up at the RSC.

And he links up with Shane Keegan’s side who have already former Longford Town and Wexford attacker Jack Doherty to their squad.

Stringer, 20, is a midfielder by trade and played nine games for Waterford last season.

Ramblers will also be buoyed that they have been able to retain the services of Conor Drinan and Darragh O’Sullivan-Connell.

Drinan is a striker by trade and is the brother of former Ireland Under-21 star Aaron Drinan – currently of Leyton Orient.

And O’Sullivan Connell returns to St Colman’s Park after impressing in his debut League of Ireland season.

The full-back was previously of College Corinthians in the Munster Senior League.

And boss Billy Dennehy said: “Ryan is a player who came into the League of Ireland underage structures later in his development but has always done really well at club level with Killarney Celtic.

“Ryan has a great attitude and he finished as one of the top scorers in the country 2 years ago when he was part of the Kerry LOI Under-19 group.

“I'm looking forward to seeing Ryan step up to this challenge and score goals at this level – which he is well capable of doing.”