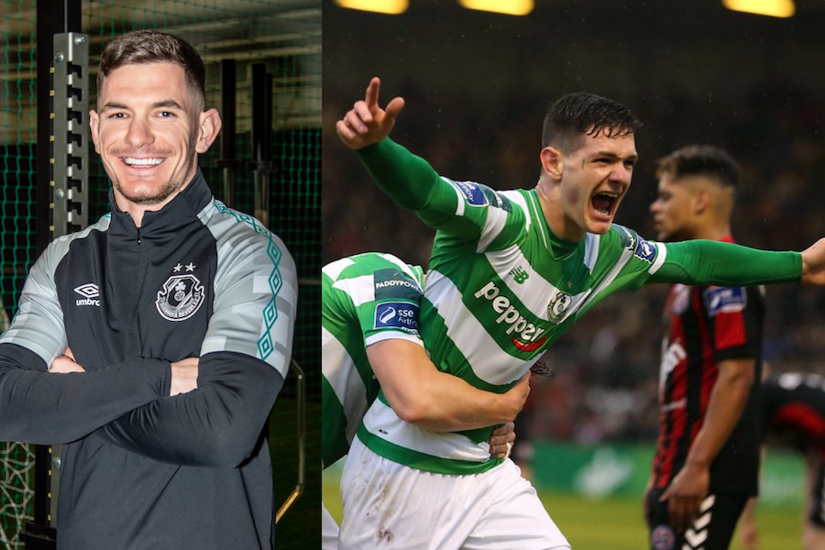 Stephen Bradley has added Trevor Clarke to his Hoops squad for the 2023 season with the left sided player returning to Rovers after a 3.5 year spell in the UK.

The 24-year-old player has signed till the end of November with Bristol Rovers confirming that ‘Clarke has joined Irish side Shamrock Rovers on loan with a view to a permanent transfer.’

Stephen Bradley spoke about his new signing saying: "We're delighted to get him in. We obviously know about Trevor's attributes from before he left but I think now he's a more mature player and a better all-round player."

Clarke played his schoolboy football with Crumlin United and St Kevin's Boys before moving to Middlesborough's youth academy. He signed for Shamrock Rovers in 2015 and made his league debut the following season.

Playing as a midfielder and at left-wing back he made 103 appearances in total for the Tallaght side, including 80 in the league, and scored six goals in a spell interrupted by a serious knee injury that kept him out for most of the 2018 season. He was named PFAI young player of the year in 2017 and was twice awarded the club’s young player of the year award (2016 and 2017).

He moved from Rovers to Rotherham United in July 2019 and after making 20 appearances he joined League Two side Bristol Rovers in the summer of 2021 and helped them achieved promotion on the final day of the season. The former Ireland-U21 international played 24 games for Bristol Rovers overall.

"We know his character and personality, if you spend 10 minutes with Trevor now you see that he's a more mature man than the one that left us,” said Bradley. “He's a different man and, I believe, better for that.

"He's hungry to be successful and I think that's important. When he was here, he helped the group and the club at the start and when he left, we've been very successful.

"Trevor wants to be part of a group that's successful and playing in Europe and obviously he'll have that opportunity here, if he works hard."

Future is bright on the pitch for Irish Brighton teenagers – Andrew Moran: ‘I was buzzing after I got the shout to come on’ https://t.co/rN8ggFFx3f