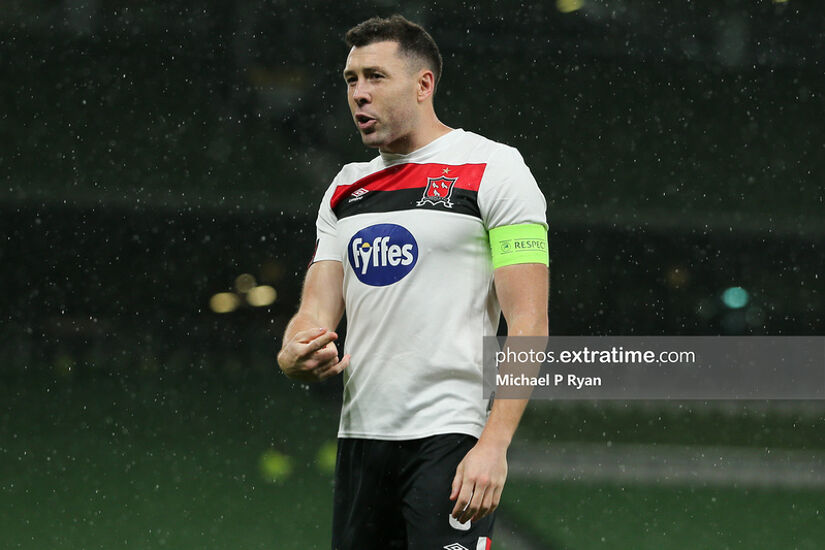 Most of his success arrived at Dundalk under Stephen Kenny, and he also worked under Vinny Perth, Filippo Giovagnoli, Jim Magilton and Stephen O’Donnell.

The experienced defender also played with Bray Wanderers, Monaghan United, Shelbourne and Portadown before his trophy-laden stint at Oriel Park.

But he has been forced to call it quits on his playing days after recent injury struggles halted the latter end of his career.

“It's been incredible. I gave it everything,” he wrote on social media. “I've loved everything minute of it...and I've dreaded this day.

“I gave it one last shot but unfortunately, after the injury the body just can't get back & stay fit enough to do the job I love.

“Sincerely thankful to everyone who played a part, on & off the pitch, especially the fans. Football is nothing without them.”

All three teenagers have put pen to paper on their first professional deals at Tolka Park ahead of the 2023 season.

And with all three coming through the ranks at the club’s academy, Shels boss Damien Duff hailed their impact.

“This club needs to be built on the academy so it gives me great pleasure to announce Lewis, Gavin and Luke signing their first professional contracts,” he said.

“They are 3 players that have a lot of potential and we have high hopes for them.

“They played a big part along with the rest of their peers in Shelbourne under-17s winning the academy’s first National League title last year.