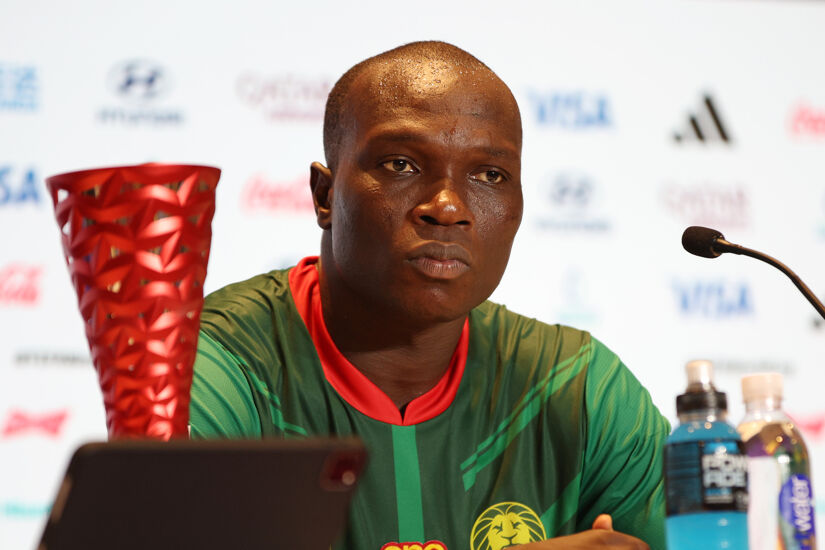 With Cameroonian Football Federation President Samuel Eto watching on from the stands in the Lusail Stadium, Cameroon beat Brazil 1-0 to get their first World Cup victory since Eto scored the winner against Saudi Arabia in the 2002 tournament.

However, it wasn’t enough to see them get through to the knock out stages after Switzerland won the other Group G game against Serbia 3-2.

Brazil had come into the match with a record 17 World Cup group games unbeaten but they would stretch that run no further as the African side grabbed a late win – their first in three World Cup games against Brazil - thanks to Vincent Aboubakar’s well taken header two minutes into injury time. It ended Cameroon’s run of nine matches without a tournament win but ultimately they exited the competition.

Having won their opening two World Cup games and already secured a position in the last 16 already – their 14thconsecutive time they have managed that feat - Tite made nine changes to his Brazilian team including bringing in 39-year-old Dani Alves to skipper his side.

Nothing less than a win would do Cameroon and even then they needed a favour in the other Group G game to help them. While the goals were flying in all over the shop in Stadium 974, it was a much more sedate affair in Lusail until the late late winner.

Rigobert Song went with Aboubakar in his starting XI after the striker scored twice off the bench in his side’s 3-3 draw with Serbia last time out and that decision was rewarded with the winner from Aboubaker even if his over the top celebration saw him see red before the match concluded.

Aboubakar had a header deep in first half injury time that should have seen the African side come off with an undeserved half time lead. However Ederson, deputising in goal for Alisson, pulled off a brilliant save to deny the Cameroonian.

The Manchester City goalkeeper touched Aboubaker’s header away after it bounced down and goalwards up off the turf for what was their only shot in the whole of the first half.

Brazil certainly had the better chances in the opening half with Gabriel Martinelli their standout player forcing Devis Epassy into a couple a saves – the first from a header and the second a shot from the edge of the area by which time he’d already saved from Antony after the Manchester United player ran across the edge of the area before putting his right foot shot on target.

Five minutes after the break Aboubakar flashed a shot right across the front of Ederson.

It took just ten minutes of the second period for Tite to look to rest some of his player with the knock out stages in mind. He made three changes then and by the 79th minute all five substitutions had been made.

Martinelli and Militao forced Epassy into further action and the ‘keeper had to get up quickly after he spilled Militao’s effort and it almost squirmed into the goal as it spun goalwards.

Switzerland had stifled Brazil in their last game only for the Selecao to score late on in that game but this time around it was the Brazilians who conceded late. Aboubaker ran on Jerome Ngom Mbekeli’s delightful cross from deep right to power his header home and inflict Brazil’s first ever World Cup defeat to an African side.

He reeled away in delight removing his shirt and picked up a second yellow card which referee Ismail Elfath gave him apologetically as he sent hte striker to the sideline.

Next up for Brazil is a last 16 tie with South Korea in Stadium 974 next Monday.