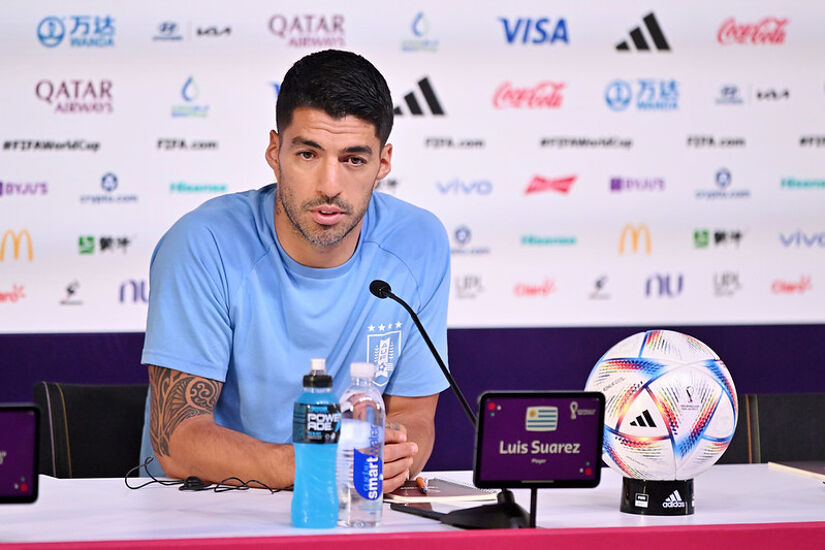 Double World Cup winners, Uruguay, became another major footballing nation to depart the tournament. They were cruising to victory and qualification until news came from the South Korea game. Two rejected penalty calls had them raging at full-time.

It was also a tournament exit for Ghana. For all the talk of revenge for 2010, they seemed oddly tentative and nervous. A missed penalty when it was scoreless affected them badly and they never really recovered.

Otto Addo made two changes from the narrow victory over South Korea. Alidu Seidu and Baba Rahman started in the place of Tariq Lamptey and Gideon Mensah making way for them. Ghana went with their expected 4-2-3-1 formation with Jordan and Andre Ayew supporting Inaki Williams.

Diego Alonso made three alterations from the defeat to Portugal. Luis Suarez, Facundo Pellistri and Giorgian de Arrascaeta all begun in more of a standard 4-4-2 system. Edison Cavani, Diego Godin and Matias Vecino dropped to the bench.

Ghana knew that a draw would have sufficed for their progression, but started in confident mood. They made a series of bursts into their opponents half which had Uruguay on the back-foot. It was a game that was more stop-start than end to end. Darwin Nunez almost got in for a chance, but he was crowded out.

Ghana then were awarded a penalty on a VAR decision. A shot came in from outside the area that was parried by Sergio Rochet. As Mohammed Kudus ran onto the ball, he collided with the goalkeeper. There was a question of offside in the build-up that was cleared up. Andre Ayew stepped up but his effort was tame and saved. Nunez almost made him pay at the other end only to be denied by an excellent tackle by Mohammed Salisu.

He was to be involved in the opening goal though. His cross was missed by both Ghanese central defenders and fell to Luis Suarez. His effort was parried out and Giorgian de Arrascaeta was there to tap home.

All of Uruguay’s front three were involved again for the second goal. Facundo Pellistri won the ball and fed Nunez. He played it inside to Suarez who cleverly flicked it around the back towards Arrascaeta. He swept the ball home from the left side of the area and into the bottom corner. Ghana were finding themselves overrun in the midfield at this point and struggling to keep up with the pace.

Suarez was a constant danger and skipped past Inaki Williams before his cross was blocked out. The best Ghana could muster was a ball over the top that Williams just failed to make contact with.

Ghana came out with greater intent and energy in the second half. Kamaldeen Sulemana made a great run around the back before colliding with Rocha. Nothing was given though. At the other end, Uruguay screamed for a penalty of their own as Nunez came together with Daniel Amarty. It went to VAR and adjudged that the defender made the slightest of contact with the ball first.

Pellistri almost made it three when his shot flashed just past the post. Federico Valverde forced Ati-Zigi to push away his drive as Uruguay aimed to settle the game once and for all.

It proved to be fatal as news came through of a South Korean goal. Uruguay threw everything in the final minutes to desperately try and get another goal that would have seen them through. Edison Cavani was bundled over by Alidu Seidu in the penalty area for yet another penalty call. The referee did not consult VAR in this instance though to the fury of the players.

Dejection and rage at the final whistle as the Uruguay players surrounded the referee. It seems likely that it will the final tournament for many of the veteran players of the squad. It is the end of the road for both squads.