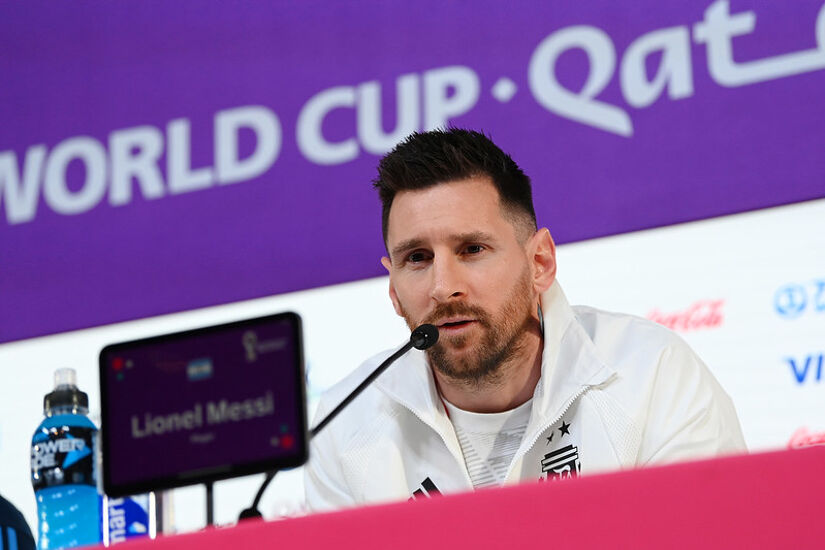 Poland narrowly secured a place in the knockout stages thanks to a better goal difference than Mexico after suffering a 2-0 defeat to a dominant Argentina on Wednesday evening.

The win for the South American side sees them top the group with six points leaving Poland to learn of their second-place finish only after the final whistle had blown.

Lionel Scaloni opted to drop Manchester United’s Lisandro Martínez for this fixture, who played an excellent game in the 2-0 win over Mexico on Saturday, instead pairing Cristian Romero and Nicolas Otamendi at the centre of the defence.

Poland made one change to the side who defeated Saudi Arabia 2-0 at the weekend and went into tonight’s game at Stadium 974 top of the table.

The atmosphere was edgy, and it immediately felt as though Argentina were the home side with the majority of those in the stadium donned in blue and white.

Lionel Messi was given far too much space by the Polish defence in the early stages and utilised it to his advantage by playing the ball at any given opportunity to his colleagues up front.

Marcos Acuna, who has never scored for his country, was a particular threat forcing Wojciech Szczesny into several saves throughout the half.

Poland only managed 34% of the possession in the first half, with Argentina dominating but failing to get the ball past an excellent Szczesny.

A huge talking point came on the 39-minute-mark when the Polish goalkeeper produced a fine save from Julian Alvarez who took a close-range shot, with Messi attempting to head in the follow-up.

Szczesny dived through the air in an attempt to palm away the ball, catching Messi in the face with his glove in the process.

The Argentine was not injured but the referee took the decision to review the VAR monitor and subsequently award a penalty kick.

Messi stepped up to the penalty spot, but his attempt was saved superbly by Szczesny – his second penalty save at this World Cup.

Despite Argentina’s many efforts, they were unable to break the deadlock until a minute into the second-half when Brighton’s Alexis MacAllister earned them the lead.

Nahuel Molina played in an excellent ball to the middle of the box, where MacAllister was waiting to sweep the ball to the bottom corner of the net with his right foot to claim his first international goal.

Argentina continued to be the more dominant side with Poland struggling to keep up with their pace and star striker Robert Lewandowski barely seeing the ball throughout the game.

It was Alvarez who made it two on the 68-minute-mark when substitute Enzo Fernandez picked him out inside the box, leaving Alvarez to take a touch and blast his shot cleanly into the top corner.

In the other fixture, Mexico had scored two against Saudi Arabia but were level on goal difference with Poland as the clock ran down.

With both teams also level on goals scored, it meant Poland occupied second place due to their cleaner disciplinary record with just five yellow cards as opposed to Mexico’s seven.

As full time beckoned, Poland could do no more to ensure their place was safe, but it was thanks to Salem Al Dawsari’s 95th minute strike in the other game that saw Mexico lose out on goal difference with Poland claiming second place.

The Poles will now face current World Champions France on Sunday afternoon with Argentina coming up against Australia on Saturday evening.