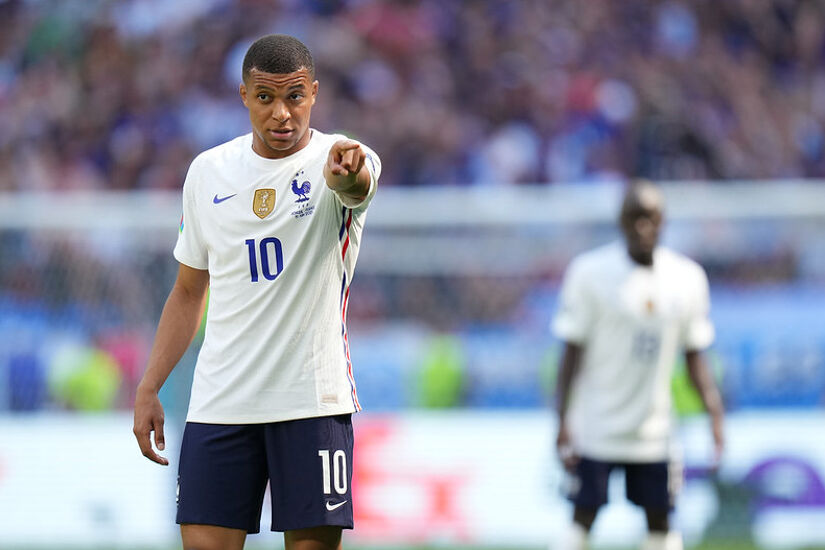 Tunisia put an end to France’s six game unbeaten run at the World Cup as they edged a 1-0 win thanks to Wahbi Khazri's strike on Wednesday afternoon.

Their efforts were not enough to seal a place in the knockout stages, however, following Australia’s unexpected 1-0 win over Denmark.

Didier Deschamps made nine changes to the side that defeated the Danes last Saturday to secure Les Bleus a place in the last 16.

The more dominant attacking forces in the team such as Kylian Mbappé and Antoine Griezmann were left on the sidelines as a younger line-up was drafted in to play what was, for them, a dead rubber.

This was the first competitive fixture between these two sides - and there was the added subtext that ten of the Tunisian squad were born in France.

Tunisian boss Jalel Kadri made six changes to his squad, who had only a point - a draw with Denmark on the opening day - to show for their efforts to date.

France struggled to find their rhythm in the first-half, with an evident lack of attacking threat throughout.

Real Madrid’s Eduardo Camavinga was the most lively of the French side as he played out of his comfort zone on the left of a back four as opposed to his usual midfield position.

The 20-year-old had his hands full with Tunisia captain Khazri, who was causing trouble - the number ten was continuously eager to get the ball into the box.

It was Tunisian defender Nader Ghandri who was the first to put the ball in the net on the eight-minute-mark.

But the goal was soon ruled offside as he had clearly made his run a little too quickly following an inswinging free kick.

The African side dominated possession and Khazri had their best chance to score just before half time when he hit the ball on a volley from a Raphael Varane clearance.

French goalkeeper Steve Mandanda managed to get his hands to it in time and keep the scores on a level peg.

The deadlock was broken approaching the hour mark as Khazri slotted the ball into the net for a deserving Tunisian lead.

Youssouf Fafana lost the ball for France in the middle of the field and Khazri took it to his feet from 30 yards and dribbled around the French defenders before taking a low shot past Mandanda.

Although the changes brought a burst of energy to the side, Les Bleus struggled to get near goal, forcing Mbappé to make several long-distance shots to no avail.

An unmarked Rabiot almost hit the back of the net in the dying minutes when he attempted a low volley from an Ousmane Dembele cross but could not see it past Aymen Dahmen in goal.

Griezmann almost put a further dampener on Tunisia’s day as word got around that Australia had secured a win over Denmark, leaving the Carthage Eagles with nothing more than a third-place spot.

The Atletico Madrid forward volleyed in a low ball to the corner of the net from ten yards out but was ruled offside after a lengthy VAR review in the eighth minute of stoppage time.

The win for Tunisia sends them home with a respectable four points, one spot ahead of Denmark, who finished with just one point  in Group D.

Both France and Australia will learn their opponents later tonight when Group C comes to a close, as it remains wide open for Poland, Argentina, Mexico and Saudi Arabia.