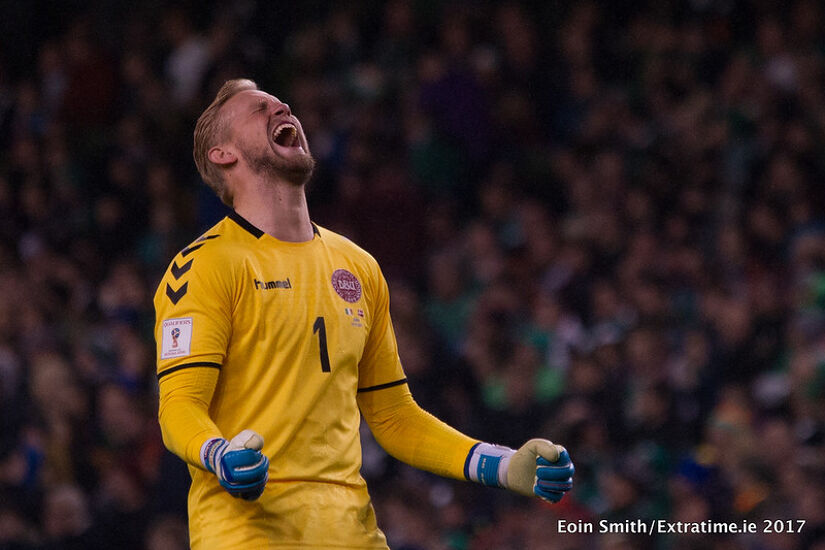 Mathew Leckie’s second-half goal saw Australia book an unlikely spot in the last 16 of the World Cup with victory over Denmark.

The Aussies had it all to do after falling to a heavy 4-1 defeat to holders France on the opening day but successive wins - and clean sheets - against Tunisia and Denmark saw them book a knockout berth.

Leckie scored the only goal of the game shortly after the resumption as found himself isolated up front and bade his time before shooting past Kasper Schmeichel.

And Australia needed the three points as Tunisia overcame the reigning champions thanks to a second-half strike from France-born Wahbi Khazri.

But the day was all about Australia, who outplayed an experienced Danish side and eased their way through six minutes of injury time to set up a tie with Argentina, Saudi Arabia or Poland.

The Australians would have been surprised by the ease of their victory as they had the upper hand from the opening minutes following a morale-boosting win over Tunisia.

Middlesbrough midfielder Riley McGree threatened with a shot early on as the Socceroos found their feet while repelling a couple of Danish attacks.

Denmark enjoyed a purple patch around the midpoint as Mathias Jensen forced a save from Matty Ryan before Milos Degenek stretched to block a Jesper Lindstrom effort.

Australia finished the first half on the front foot and it took a superb intervention from Andreas Christensen to pluck a Craig Goodwin cross off the foot of Mitchell Duke.

And they continued to press early in the second half and made the breakthrough through the superb Leckie on the hour mark.

It’s unlikely word had yet filtered down that Tunisia had taken the lead - and control of the second qualifying spot - in Al Rayyan but Australia again had their destiny in their hands.

Kye Rowles found Leckie on the charge down the left and he turned Joakim Maehle inside out before sending a precise shot into the bottom corner of Schmeichel’s net.

Denmark showed a surprising lack of urgency in the final half hour and rarely threatened the Aussie goal to any meaningful extent.

The Danes introduced attackers Robert Skov of Hoffenheim and Andreas Cornelius of Kobenhavn in an effort to turn the tie around but to little effect.

Kasper Dolberg did have a potential penalty, which was initially awarded, chalked off for offside with 20 minutes to go.

And Danish keeper Schmeichel twice went up for corners in injury time but, like much of Denmark’s output on the night, the delivery wasn’t up to scratch as Oz won a famous victory.

Matthew Leckie has given Australia the lead - they have one foot in the last 16...