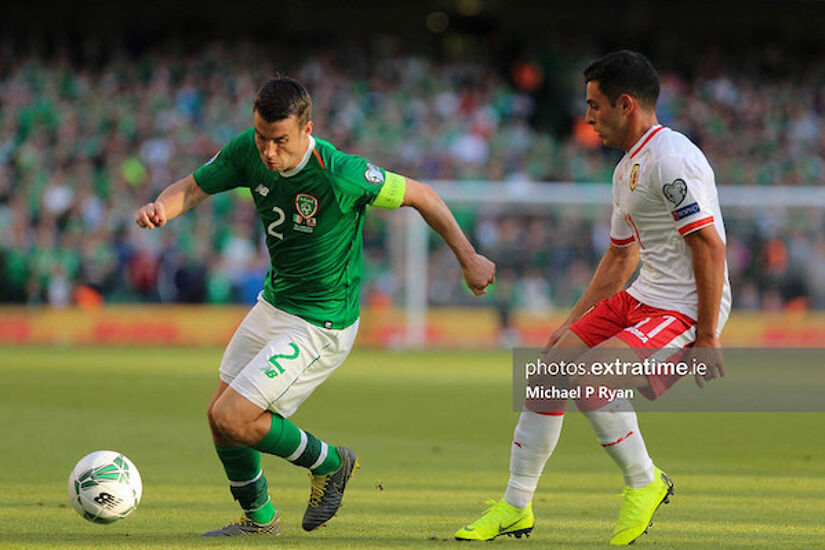 Despite the continuous growth of Ireland’s League of Ireland, many players find themselves making the short distance across to England to try their footballing chances. Here are three Ireland internationals who have made the Premier League their home.

Starting his career in Ireland with St. Catherines before joining Sligo Rovers, Coleman joined Everton in May 2010 and hasn’t looked back since. One of the most established full-backs in the league, the man from Donegal has made a staggering 337 appearances for the Toffees in England’s top flight, scoring 21 goals and providing 29 assists – not a bad return for a defender. Despite typically being in the shadow of Merseyside rivals Liverpool, who are struggling this campaign with Premier League winner odds as low as 33/1, Coleman himself has risen through the Everton ranks to become their club captain.

However, his side find themselves among some pundits’ Premier League predictions to go down in 2022-23. Coleman is featuring progressively less under Frank Lampard, who has seen very little change since he took over from Rafa Benitez almost a year ago. Everton were in 17th at the turn of the international break, just a point from relegation and in serious need of turning around their form. To do that, they will likely need to rely on Coleman’s experience and know-how to get them out of trouble.

Born in Derry, Duffy has 55 caps for Ireland and has scored an impressive seven goals in that time. The centre-back is less established in the Premier League compared to the veteran Coleman, although he still has 118 English top-flight appearances to his name. That started way back in 2011-12 alongside Coleman with Everton, although Duffy is perhaps most well-known for his time spent at Brighton. All but nine of his league appearances have come with the Seagulls, in which time the 30-year-old has recorded seven goals and four assists.

While still under contract with the East Sussex side, Duffy is currently spending 2022-23 on loan at Fulham, who are flying under Marco Silva. The recently promoted side are ninth in the Premier League and have proven to be one of the surprise packages this season. Duffy will hope to feature more for his new side, however, having amassed just two minutes of football across four substitute appearances.

Really excited to be joining @FulhamFC for this coming season. I hope we can have a successful season together. I wish everyone at @OfficialBHAFC all the success for the coming season. pic.twitter.com/SrgViUGbSK

Doherty joined Spurs from Wolves back in August 2020 for a reported fee of around £14.5m (€16.8m). His best spell arguably came at his former club, though, with manager Nuno Espirito Santo leading the man from Dublin to eight goals and 11 assists in two top-flight seasons. Doherty benefited from Nuno following him to Spurs, with two goals and four assists in 2020-21, although the full-back has struggled for consistent game time under Antonio Conte.

Doherty is yet to register a goal or assist in eight league appearances in 2022-23, with all but three coming from the bench. Spurs, though, have started their Premier League campaign well, with 29 points and sitting in fourth at the turn of the international break. Despite his slow start, Conte is sure to count on Doherty going into the business end of the season, who will no doubt add to his fine tally of 115 Premier League appearances picked up throughout his career.

With a whole host of upcoming stars also playing their football in England’s top flight, it is only a matter of time before the names on this list are replaced with more Irish greats, as the Premier League continues to allow the nation’s finest to be showcased across the globe.