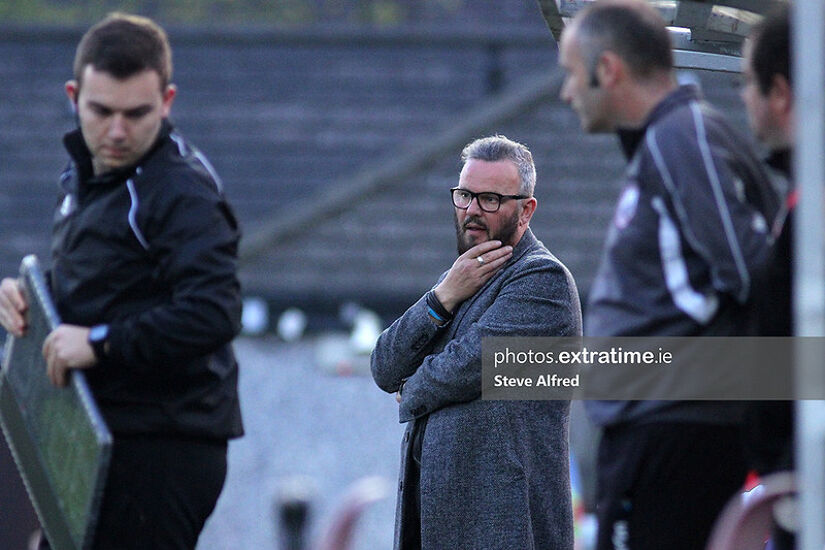 Stephen Henderson on his Longford Town appointment: 'All this passion for the game came flooding back through my veins'

Longford Town boss Stephen Henderson admits he was surprised to be offered the role of first-team manager at Bishopsgate.

The 56-year-old’s appointment sees him return to the dug-out for the first time since his departure from Cobh Ramblers in 2019.

And the ex-Waterford boss admitted he was surprised that he was offered the Longford job by chairman Jim Hanley after his absence from the game.

“I was as shocked as anyone else that Jim [Hanley] offered the position to me,” he explained.

“When he did, all this passion for the game came flooding back through my veins. It’s a brilliant opportunity to manage a club where you can attract players.

“It was lovely to sit down with football people who have a genuine love for the game and their club and supporters.

“It’s something I am really excited about. The process has started and it’s like I have never been away.”

And he also revealed that he is keen to get the Longford community and the club’s latent support to get behind the Red and Black again.

“One of the first things I said was that we needed a meeting with everyone involved in the club. If we are going to do anything, we have to do it together,” Henderson added.

“I’m not just saying that for the sake of it, I mean that. The football club in its entirety is not just the players on the pitch.

“We’re grateful to the volunteers, and we don’t take people for granted.

“That can happen sometimes, but we have got to respect the people and the jobs that they are doing.

“There is a culture that we want to add to – because if there are players there for 9 years there is something right going on.”