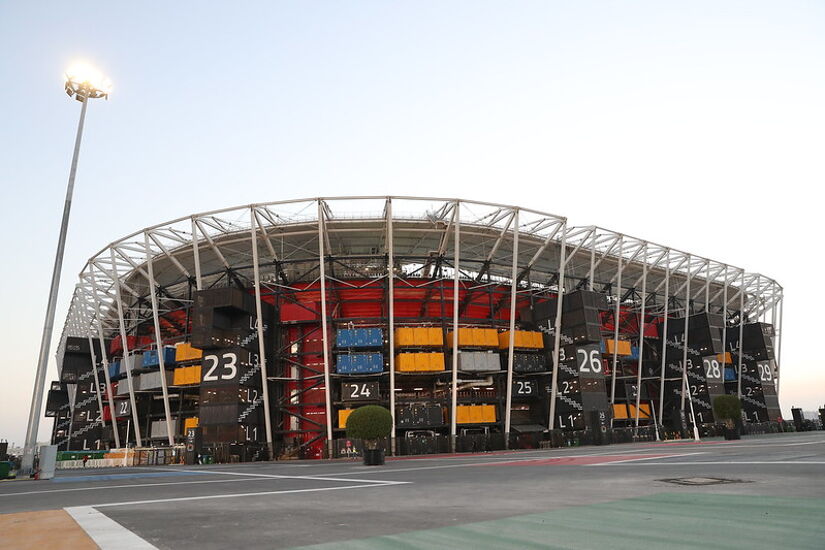 With a depth of attacking talent available to Tite, it was somewhat ironic that it was the Brazilian Head Coach’s holding defensive midfielder Casemiro who popped up seven minutes from time to give the Selecao a well earned victory over an unambitious Switzerland side.

The goal was a product of the creativity of Vini Jr who was the standout player on a night when Brazil didn’t shine to their fullest potential.

It looked like the game was heading for a scoreless stalemate until late in the game played out in the Stadium 974 which is made up of shipping containers. Murat Yakin’s side spent the game looking to contain a dominant Brazil who missed the offensive options that Neymar would normally bring to the game - injury ruled him out of this match and most likely he will miss their final group game to come against Cameroon.

The Swiss failed to hit the target with just the four shooting chances they had in the whole game.

Both sides had come into Monday’s match having won their opening games and with that victory in their back pockets the Swiss seemed satisfied just to seek a single point by focusing on stifling the bright creative lights of Brazil and the stadium facilities seemed to have the same idea late in the first half.

As the clocked ticked to 45 minutes, Brazil had a corner when all of a sudden Stadium 974’s floodlights dimmed for around five seconds. The Slovenian referee Ivan Barton didn’t restart until he was happy with Yann Sommer’s night vision. The ball pinged around the box and if Brazil had poked home a goal, the light levels may have been more of a talking point than a mere curiosity.

The Selecao looked to stretch the Swiss side set out by Murat Yankin in a 4-2-3-1 format. With Vini Jr on one side and Raphinha on the other, Brazil worked the wide options. They did at least create some shooting opportunities in the opening half but they only hit the target with two of the four.

Raphinha’s inswinging centre from the right off his left foot found its way to Vini Jr at the back post and while he steered the ball on the target Sommer was able to shovel it around the post. The other save from the Borussia Moechengladbach keeper was more straightforward as he easily Raphinha’s effort in the 31st minute.

Breel Embolo, who got the winner over Cameroon, was well marshalled by 38-year-old Thiago Silva and his teammate Marquinhos. Rubin Vargas was the Swiss most productive attacking option when they did look to take on Brazil.

Tite brought on Rodrygo at the break and he added a bit of spark to Brazil in the second period.

Once early in the first half and again early in the second half, this time off a delightful ball from Vini Jr with the outside of this foot, Richarlison was close to getting his foot on the ball to crosses that fizzed across the six yard box.

Silvan Widmer got wide and around the back of Brazil in the 53rd minute and only a couple of good blocks by Brazil stopped Alisson from being called into action.

It looked like Vini Jr had put Brazil a goal up when he got free to arrow his run in from wide to slot the ball home with his right by Sommer in the 64th minute. Richarlison was in an offside position and then came back onside to get involved in the move and so VAR cruelly ruined the celebrations of the sizeable Brazilian supporting crowd in the stadium.

The Real Madrid player showed a clean pair of heals to Manuel Akanji who barreled him over rather than allow him go by and into the box. The Swiss were quite satisfied to deal with the set pieces that Brazil sent their way.

When the goal came it was off the right boot of Casemiro with the Manchester United man in the right place at right time to sweep the ball home by Sommer after Vini Jr cut in from the right with his pass flicked into the path of the goalscorer by Rodrygo.

To yellow clad supporters jumping up and down and the sound of the drums echoing around Stadium 974, Brazil sealed qualification for the knockout stages when the six minutes of injury time elapsed as they increased their unbeaten run in the World Cup group stages to 17 (including 14 wins).