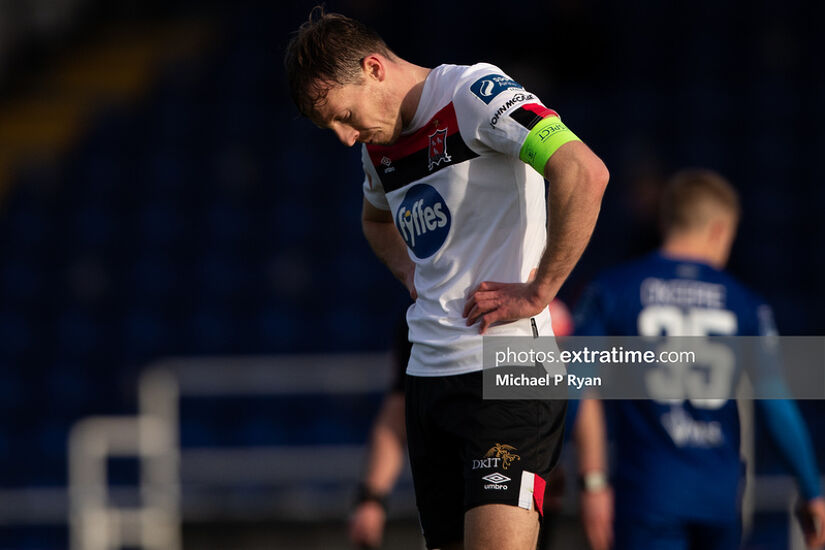 David McMillan brings an end to his Dundalk career

David McMillan has confirmed that he has brought an end to his trophy-laden career at Dundalk.

McMillan, 33, confirmed the news on Sunday afternoon via his own social media account.

“My time at Dundalk FC comes to an end,” McMillan wrote.

“Thank you to everyone who has been part of the incredible journey. Seven seasons that brought a lifetime of unforgettable memories!”

The forward, formerly of Sligo Rovers and UCD made his name at Oriel Park under Stephen Kenny initially when he joined in 2015.

A league, League Cup and FAI Cup winner at the Co. Louth club – McMillan often was the man for the big occasion at Oriel under a number of managers.

He initially left the club in 2017 to join Falkirk, but then returned to the club again in 2020 where he has remained.

In 2020, he marked his return with a sensational FAI Cup final display against Shamrock Rovers at the Aviva Stadium.

But since then his role has been reduced to that of a bit-part level.

Although, he does leave the Lilywhites having played an important role in their qualification to the Europa Conference League.