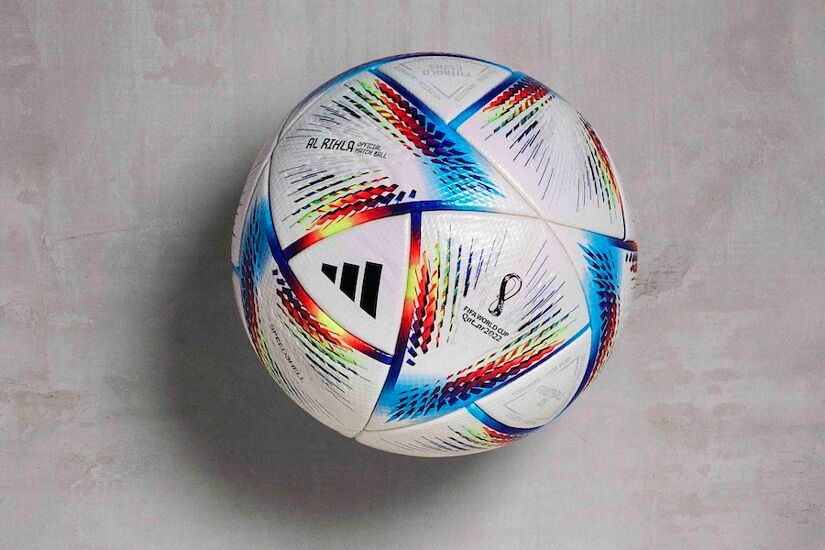 The Al Rihal ball hit the back of the Canadian net four times in this game Credit: FIFA/Adidas

Croatia claimed their first win of this World Cup to get their campaign back on track after their scoreless draw with Morocco last time out.

An Andrej Kramarich double, along with goals from Marko Livaja and Lovro Majer sealed the win.

Canada were left chasing shadows for a large part of the game. Despite the joy of going ahead almost immediately in the match, they were unable to keep pace with their rivals. It now ends their progress at this year’s World Cup.

John Herdman, who had created a stir in the press with some of his words about Croatia ahead of the game, made one change from the narrow loss to Belgium. Cyle Larin was introduced instead of Junior Hoilett. Atiba Hutchinson claimed his 100th cap for his national side.

Canada went with their trusted 4-4-2 system. Zlakto Dalic also made one alteration. Nikola Vlasic was unable to shake off a calf injury picked up in the draw with Morocco. He was replaced by Marko Livaja in a 4-3-3 formation.

Alphonso Davies had been disappointed with his saved penalty against Belgium, but he made amends almost from the kick-off. Milan Borjan hit it long and the ball found its way to Tajon Buchanan. His pin-point cross was met by the head of the Bayern Munich youngster for Canada’s first ever World Cup goal. He almost got in again moments later but was ruled offside.

The best Croatia were able to manage in this period was Andrej Kramaric deflected cross that almost caught out Borjan. He just managed to tip it over. The former thought he had drawn Croatia level as he found the bottom left corner with an effort just inside the area. He was ruled to have made his run slightly early though.

He was rewarded for his endeavour not long after though. Croatia’s passing game had been causing Canada issues in the build up and their patient approach paid off. Ivan Perisic spotted a gap in the defence and played an excellent reverse pass into the striker. He still had work to do but he was able to tuck it into the bottom corner.

And they would be ahead by half time. Josip Juranovic won the ball in midfield after some neat possession football. It ricocheted to Marko Livaja who took one touch before firing past the diving Borjan. Perisic almost made it three when he crept un-noticed around the back of the defence. Borjan was able to intercept the ball before he could shoot.

Croatia almost made it three as Luka Modric found Kramaric with a precise pullback. He struck it well, but Borjan was equal to it. At the other end, Jonathon David came close to finding an equaliser with a curling shot from outside the area. Dominik Livakovic manged to tip it over.

Croatia did make it three and Kramaric was the man again on target. Marcelo Brozovic swept a pass out wide to Perisic who was hugging the side-line. His cross found Kramaric at the back-post who turned inside his man before curling his shot into the bottom corner.

Croatia had the luxury of taking off several of their star players to rest them. Two of the substitutes combined to score the final goal. Mislav Orsic laying it on for Lovro Majer for a tap-in. It arrived after the ball went through Kamal Miller’s legs.

Croatia need just a point against Belgium to secure their place in the knock-out stages. Their European rivals will be desperate for a result after their loss to Morocco (see report from Macdara Ferris in Qatar here).

Canada will be hoping for a maiden result against the North African side who could seal their place with a draw. Both games kick-off on Thursday at 15.00 GMT.