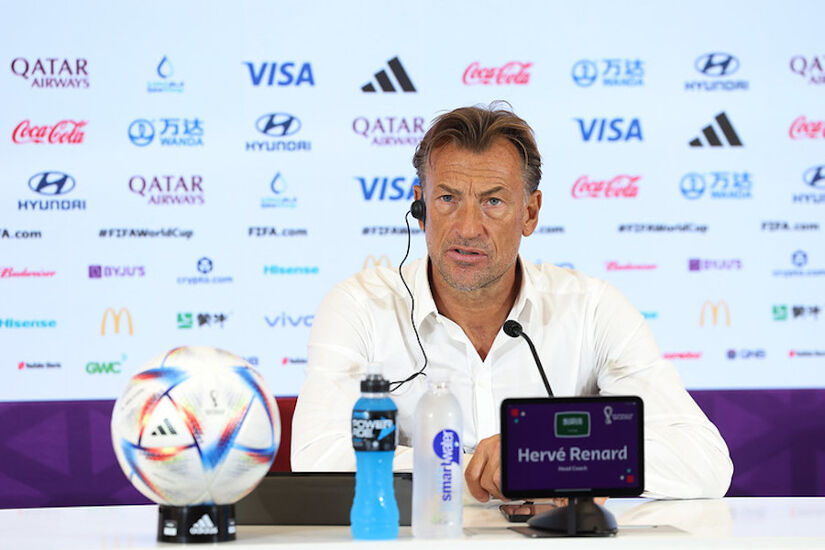 Having had the high of their opening game victory over Argentina, on Saturday Saudi Arabia had the low of a loss to Poland – even if it was an undeserved defeat.

The lessons from the game in Education City for Saudi Head Coach Herve Renard were that his team needs to be more efficient playing against high quality opposition but his team are still very much in contention to get through the knock out stages – with a match to come against Mexico.

“We lost not because we were unlucky but we were not efficient against a strong team,” said Renard who said his side are surprising those watching in.

“I’m proud of my players. People maybe didn’t think Saudi could play this football. We are still alive. We will play to the last second of our World Cup if it is next game (against Mexico) or another one. We won’t give up.”

52% possession verus 28% (with 20% in contest) but were undone by some standout performances by Wojciech Szczesny and man-of-the-match Robert Lewandowski – who played the pass for the first goal and scored his first World Cup goal.

The six minute period before the half time break proved pivotal in the game as Piotr Zielinski scored from a Robert Lewandowski touch and Wojciech Szczesny made a double save from a penalty kick.

“Poland have three fantastic players – Zielinski, Lewandowski and Szczesny. Nobody discovered him (Szczesny) today - he is a great goalkeeper. He won them this game like last time against Argentina our keeper did the same – this is football.

“I could stay an hour to talk about Lewandowski. When he is controlling the ball or moving in the box, he is one of the best strikers in the world.”

Lewandowski pounced on a mistake eight minutes from time by Abdulelah Alamlki who allowed the ball to run under his foot to the Barcelona striker. The video of Renard’s vocal half time team against Argentina shows the passion of the coach but he said he wouldn’t be laying into his player for the error.

“There was a mistake for second goal but I support all the players. It is too easy to shout at them.”

In this game he used the break to make a couple of tactical switches. “During half time I changed our playmaker to be more efficient for the last pass. I moved our right back to the left and vice versa. We reacted to how they were playing and we had a good reaction.”

The match in the Education Stadium felt like a home match for the Saudi’s with the number of supporters around the ground cheering them on and Renard is hoping for more of the same against Mexico in the Lusail Stadium.