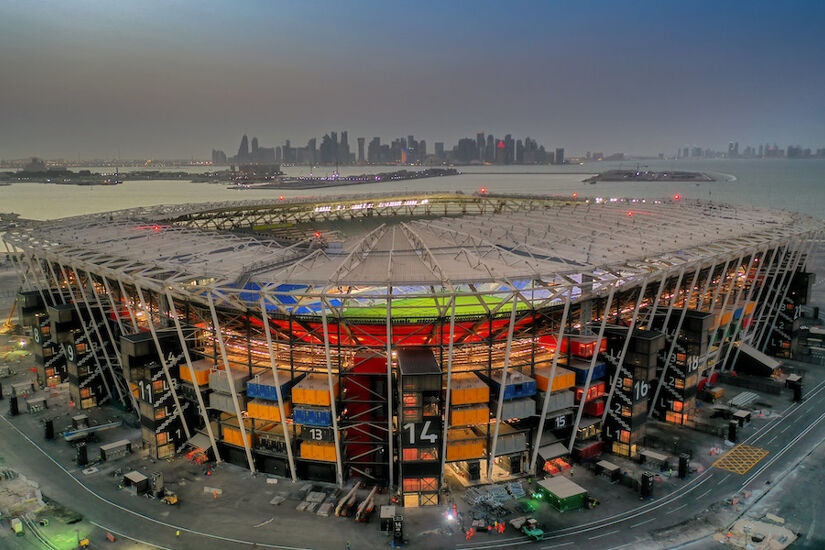 World Champions France are the first side to go through to the last-16 after a laboured 2-1 win against Denmark in Group D on Saturday evening.

Didier Deschamps made three changes to the side that defeated Australia in the opening game of the group stage, with Kasper Hjulmand making four changes to his Danish team who played out a scoreless draw against Tunisia.

The previous two meetings between these sides resulted in a win for the Danes in the UEFA Nations League, with France unable to get a winning result against today’s opposition since 2015, that is until today.

It was a rather dominant first-half performance from Les Bleus who looked comfortable on the ball as the Danes spent much of their time defending the strong front three of Antoine Griezmann, Kylian Mbappe and Ousmane Dembele behind Oliver Giroud up top.

Dembele was fantastic on the wing, with several perfect crosses being whipped into the box however Giroud found it difficult at times to meet them, with multiple opportunities being missed.

The Danes were excellent in defence, with Kasper Schmeichel being on guard when an angled shot from Greizmann forced him into a save, along with a header from Adrien Rabiot being bravely palmed away as the French piled on the pressure at a hot and non-air-conditioned Stadium 974.

The French would have been disappointed going into half-time without scoring, especially Giroud who had chances. The AC Milan forward is currently one goal shy of becoming France’s all-time leading goal scorer as he lays tied with Thierry Henry on 51.

The Danes came out fighting in the second-half, with substitute Martin Braithwaite digging in early and forcing the Didier Deschamps men to scramble in the box and defend the speed of the former Middlesbrough forward.

The French forwards responded well, however, and 16 minutes after the break the deadlock was broken as Mbappe fired in his 30th goal in a France shirt.

The magic of Mbappe was unmistakable throughout, with his skill and pace shining through over a rather pressurised Denmark.

It was Theo Hernandez, who started in place of his injured brother Lucas, that passed the ball to Mbappe at a slight angle.

The PSG superstar then wrong-footed the goalkeeper, leaving the Danish defenders without an option but to watch the ball power to the back of the net.

This did, however, give the Danes a burst of energy and in the 68th minute, it was level again.

The French defence struggled with the pacey Danish movement to get the ball into the box, with Dayot Upamecano kicking the ball out of danger which gifted a corner kick to Manchester United’s Christian Eriksen.

The ball was swung in to meet the head of Joachim Anderson, and then to the head of Barcelona’s Andreas Christensen, leaving Rabiot watching in defeat as he failed to defend his man from edging it past Hugo Lloris in goal.

Following this, there were plenty of opportunities for France to take the lead in the last ten minutes, including an attempt at a scissor kick from Rabiot as Denmark struggled to keep up with their energy.

It was Mbappe again who came up trumps for France when Griezmann curled a fantastic long ball into the box.

Mbappe was waiting patiently, with the cross bouncing off his thigh to make it 2-1, leaving him tied with Ecuador’s Enner Valencia as the joint top scorer in the tournament so far with three goals.

France sail safely through to the last-16 of the tournament with one game against Tunisia left to play in the group stage.

Denmark will need to beat Australia if they wish to progress as they now sit in third with one point.