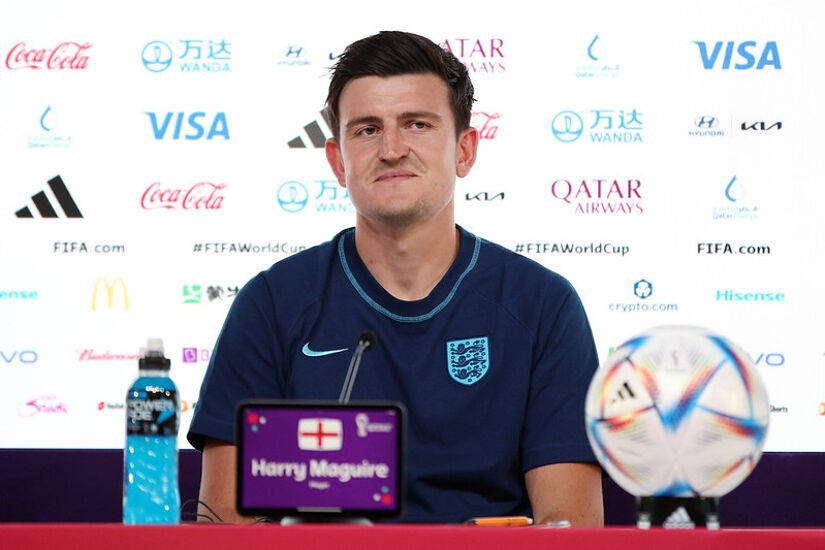 England were unable to secure their place in the knock-out stages after their second group game as they failed to defeat USA in their Group A encounter.

With one shot on target in the second half, despite plenty of attacking talent, it said it all about the English endeavours.

USA yet again impressed with their pressing and energy, especially in the first half. They limited the amount of clear chances for England and were able to carve out a few of their own. Only the woodwork denied an excellent goal from Christian Pulisic.

Gareth Southgate named an unchanged side from the opening win against Iran. Harry Maguire recovered from an illness that forced him off against Iran. Harry Kane shook off an ankle injury to take his place up front. He was again supported by Mason Mount, Bukayo Saka and Raheem Sterling. Just one change for the US from their draw with Wales - Haji Wright taking the place of Joshua Sargent up front. Timothy Weah hoped to add to his goal from that game.

The English begun in confident style and created two good chances in the opening period. Jude Bellingham found Bukayo Saka whose ball inside landed at the feet of Harry Kane. His shot was blocked out for corner. The second saw Harry Maguire beat his man before laying it off to Mason Mount. The shot was well over the bar though.

Gradually though Americans grew into the game. They set about putting pressure on their opponents in midfield and seeing more of the ball in the English half. They had two excellent opportunities to claim the lead.

Timothy Weah whipped in a cross into the middle that landed at the feet of Weston McKennie. He had plenty of room but only managed to chip it over the bar. He was at it again as he fed Christian Pulisic down the right. The latter shifted his feet before unleashing a fierce drive that crashed against the post.

The energy they had put into most of the Welsh game was in clear evidence again as they buzzed around their opponents. England appeared sluggish and lethargic in comparison and struggled to construct meaningful possession. Sergino Dest charged in from the right for another chance on the break. He saw his effort deflected just over though. Maguire eventually getting it away.

England almost went in ahead at the break. Mount getting a rare chance to get space before hammering in a low shot towards the bottom corner. Matt Turner was just about able to touch it around the post.

USA were equally determined in the second half. Saka found space to run into before he was halted by an excellent challenge by Tyler Adams. As they applied the pressure from corners and free kicks, it was Maguire who stood up and cleared most of the danger.

The slow pace getting forward merely creating more opportunities for the Americans to swarm around them.

England were seeing a lot more of the ball as the game advanced. They were not able to find the necessary pass to get behind the massed wall against them. With the likes of Kane dropping deep to try and get onto the ball, it made the challenge even more pronounced.

Even the introduction of many attacking players failed to lift them. It was summed up when Kane was presented with a great opportunity in injury time, but he was unable to convert his header.

It means all four sides are technically able to qualify going into the final game. USA take on Iran who shocked Wales earlier in the day, whilst Wales need a win against England and hope the other sides draw. Both kick off at 19:00 Irish time on Tuesday.

Argentina ready to bounce back after ‘big blow’ from Saudi defeat https://t.co/ntVQwbK7hT pic.twitter.com/RGSZ6a974d