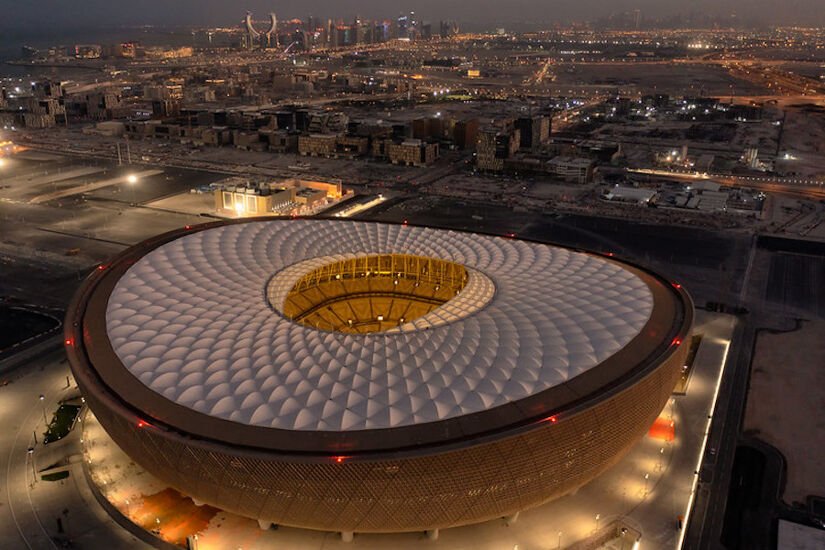 Lusail Stadium host Brazil and Serbia and is the venue for the final on Sunday 18 December Credit: FIFA

Brazil ensured that they got their World Cup campaign off with a win as they eventually got the better of Serbia at the Lusail Stadium. Two goals from Richarlison proved to be the difference between the two with the second surely counting as one of the best goals of the tournament so far.

Serbia battled well for most of the game but were unable to really threaten their opponents. They were chasing shadows after going behind and ended up comfortably beaten in the end. To add to their worries, Aleksander Mitrovic looked in slight discomfort as he came off.

Brazilian Head Coach Tite started with Lucas Paqueta alongside Casemiro in midfield instead of Fred. Richarlison, Neymar, Raphinha and Vinicius Jnr all started in an attacking 4-2-3-1 formation. Dragon Stojkovic was able to call upon Aleksander Mitrovic after he shook off a recent injury. He was supported by Dusan Tadic in a 3-5-1-1 system.

Brazil started with an air of determination as they set about their European opponents. Vinicius Jr using his blistering pace to beat his marker down the left flank. Strahinja Pavlovic was able to recover in time to see him out. From the resulting corner, Neymar’s cross had to be tipped over his own bar by Vanja Milinkovic-Savic.

Gradually though Serbia began to get a foothold into the game. They were not creating too many clear chances but getting better possession. Their best opportunity came when Dusan Tadic got free down the line and swung a cross into the box towards Aleksander Mitrovic. It was too deep, and Allison caught it comfortably. Neymar and Casemiro had shots from distance at the other end but were dealt with by the keeper.

Vanja Milinkovic-Savic was then called into action as Thiago Silva found Vinicius Jr in the box. Before he could get a shot in, the keeper was out to dive on the ball. The best opportunity came when Raphinha exchanged passes with Lucas Paqueta to have a clear sight at goal. The shot was straight at the keeper though.

It was a Serbian error that almost led to the opening goal. Nikola Milenkovic should have managed a long ball better instead of letting it go over his shoulder. Vinicius Jr was able to nip in before the defender recovered in time.

Serbia were equally determined into the second half. A Neymar free kick was deflected over the bar before Strahinja Pavlovic produced a superb tackle to deny Raphinha. Alex Sandro was desperately unlucky to see a fierce low drive smack the left hand post from distance.

It was not long before Brazil went in front though. Neymar twisted and turned on the edge of the area before Vinicius Jr curled a shot towards goal. It was saved initially but fell to Richarlison who tapped home. Vinicius Jnr almost added a second moments later but he slipped before shooting.

If his first goal was messy, then his second was mesmerising. Vinicius Jnr intercepted the ball down the left and played it to the striker. He flicked it up, swivelled in mid-air and planting a scissors kick into the top corner.

Casemiro almost made it three with a superb effort that cannoned off the bar. That came after good work from Gabriel Jesus. Fellow sub Fred then had a go from outside the box but was just wide.

Celebrations for the many Brazilian fans in the stands at the final whistle. They next face Switzerland, who won earlier, on Monday at 16.00 Irish time. Serbia face a crucial encounter against Cameroon on the same day four hours earlier.