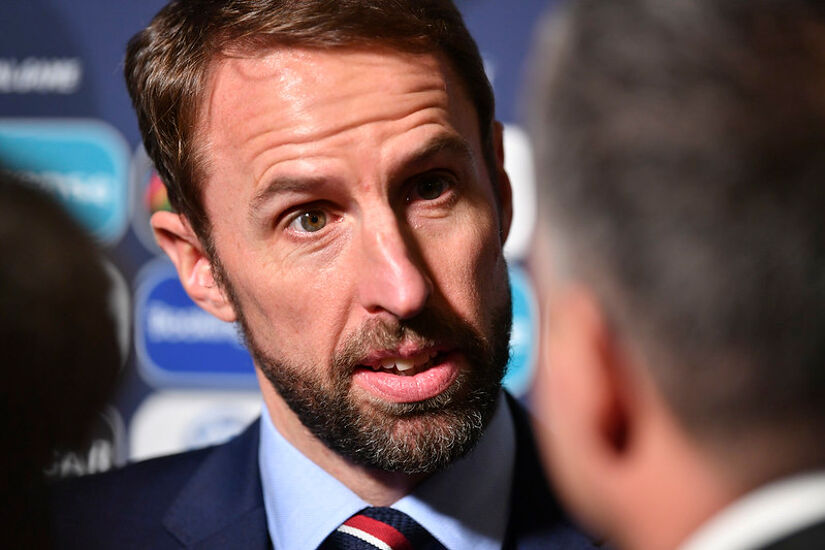 England had the easiest possible start to their World Cup when they overcame Iran by 6-2 at the   Khalifa International Stadium on Monday afternoon.

In a game which had an unbelievable 26 minutes of extra times between the two halves, England strolled to victory and got to empty some of their bench ahead of the more challenging matches ahead.

The only possible down side for England was the withdrawal of Harry Maguire following a head injury in the 75th minute, a stoppage which led to 10 minutes of extra time in the second period.

There was a 14- minute delay early in the match after a clash of heads in the Iranian box which ultimately forced goalkeeper Alierza Beiranvand to leave the pitch and be replaced by Hossein Hosseini.

The interruption in play did little to disturb England’s concentration and they completely dominated the opening 45 mins, enjoying 73% of the possession and restricting the opposition to only one shot in the entire half, that a skied effort from Alierza Jahanbakhsh 12 minutes into first half of injury time.

The omens were bad for Iran early on when first Mason Mount hit the side netting after a good cross from Bukayo Saka in the 29th minute and two minutes later Maguire headed a ball off the crossbar after one of the many corners they won in the opening half.

The opening goal came in the 35th minute when a well worked move by England saw Luke Shaw fire in a good cross which Jude Bellingham met with a powerful header, giving substitute keeper Hosseini no chance.

That goal knocked any confidence that Iran may have had and they crumbled again in the 42nd minute when they conceded a second goal.

Maguire rose highest to head a corner kick away from goal where Saka was lurking and he volleyed to the top corner for a great goal.

The game was effectively wrapped up by England in the 45th minute, the final act of normal time before the extended 14 minutes of injury time kicked in.

Bellingham again was instrumental in winning a 50/50 ball in midfield and when he played in Harry Kane, the latter fired in a low cross which Raheem Sterling had anticipated and he steered the ball with precision past Hosseini to make it 3-0.

The second half produced a flurry of goals, with the first of those credited to Saka who beat a number of defenders before coolly slotting the ball home to make it 4-0 in the 62nd minute.

Iran did pull a goal back in the 64th minute when lone striker Mehdi Taremi evaded both Maguire and John Stones to fire an unstoppable shot past Jordan Pickford to narrow the gap to 4-1.

Gareth Southgate made a quadruple substitution in the 70th minute and it more than paid dividends as two of the newcomers got on the scoresheet.

Marcus Rashford was coolness personified when he rolled the ball into an empty net in the 71st minute after an assist from Harry Kane and Callum Wilson was very unselfish in the 89th minute when he set up Jack Grealish for a tap in, his first and England’s sixth and final goal.

Iran did get a consolation penalty in the 12th  minute of extra time and Taremi was also coolness personified  on this occasion as he slotted home his second goal of the match to leave the final score at 6-2.