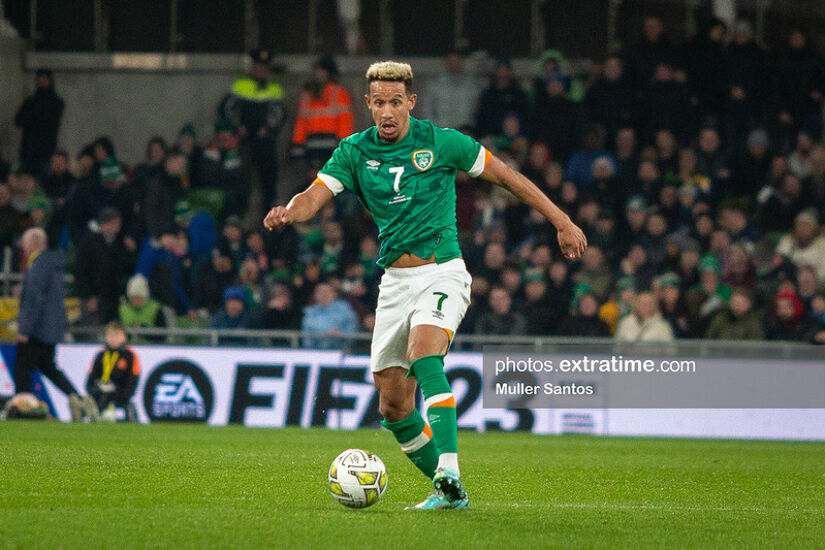 After a dreadful first-half performance, Callum Robinson was on hand to help the Boys in Green avoid a disastrous result against the European minnows.

The Cardiff City star latched onto a misplaced pass to roll his effort into the back of the net – but it was a performance that poses more questions than answers for the Boys in Green.

Ireland have often struggled against sides playing with a low-block, and it looked as if they were going to do the same for another game.

The win does at least give Kenny’s beleaguered charges something to work with heading into March’s qualifier against France. But there is a lot of work to do.

Despite some early positive intent, an evidently pedestrian Ireland struggled to break down their low-ranked opponents in the first-half.

Callum Robinson shot wide in their first chance of the game – but it was after that when the alarm bells started to be raised.

Malta almost took the lead in the 12th minute of the game through Jodi Jones – as he burst through to force a smart save from Caoimhin Kelleher.

The Oxford United forward was played in after Seamus Coleman misjudged the flight of the ball.

But the 25-year-old was unable to find the back of the net despite finding himself one-on-one with Kelleher – with the Corkman standing tall to save.

Joseph Mbong then recorded an effort of his own for the hosts, but he saw his effort fly over the bar.

During a demoralising first-half display from the Boys in Green, Jamie McGrath’s showing was one of the very few positives.

And the 26-year-old went close with a long-range effort on goal midway through the half, however, he was only able to skew his effort on goal well over the bar.

But it was Alan Browne who had Ireland’s best opportunity during a bleak opening 45’ – with his chance escaping his grasp after some good play from Matt Doherty.

However, a crisis was averted in the 54th minute when Robinson netted his first international goal since October 2021.

The former West Brom livewire latched onto a short back-pass from Matthew Guillaumier – before rolling the ball into the back of the net.

It was a welcome goal for Kenny’s side, if not a very fortunate one given the circumstances.

Callum O’Dowda then struck the post late on after being drafted on as a sub – as Robinson’s club-mate was denied his first international goal.

Evan Ferguson also looked a threat when he was called upon – even if chances were few and far between for the Brighton & Hove Albion youngster.

But it was a win all the same for Ireland – even if the manner of it was far from what was required.

extratime.com Player of the Match: Jamie McGrath (Republic of Ireland).