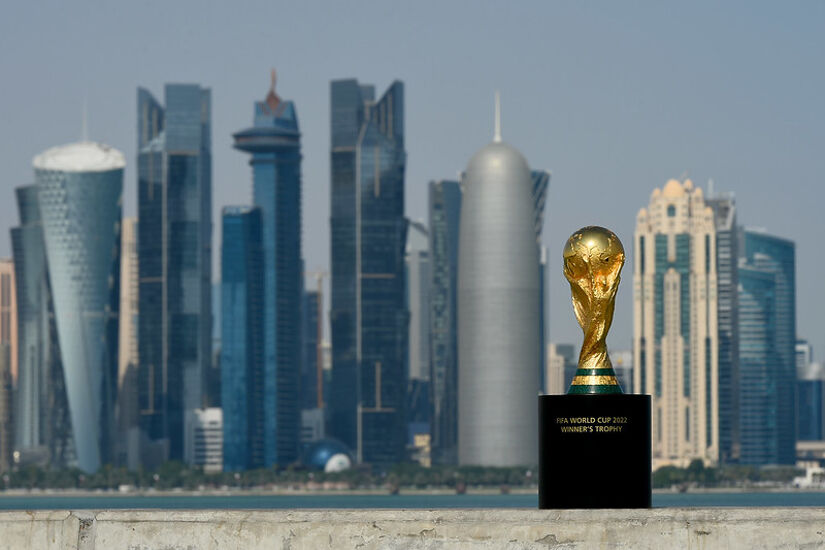 I’ve followed the Guardian’s extensive coverage of the World Cup build-up, watched the excellent ‘FIFA Uncovered’ documentary series on Netflix (though was disappointed there was no mention of Chuck Blazer’s cats) and read John McManus’ fine book ‘Inside Qatar: Hidden stories from one of the richest nations on earth’.

I’ve also been studying the squad announcements, downloaded my Hayya card for free access to the Doha metro and planned out my route around Qatar to take in group games in each of the eight tournament stadia as yes I am attending the World Cup.

The build-up to the tournament has understandably been dominated by discussions on the plight of migrant workers and of LGBTQ+ rights plus why the tournament is in Qatar in the first place and its strange position as the first (northern hemisphere) winter World Cup.

You can’t be colour blind to the sportswashing that is taking place nor to the greenwashing too; FIFA are saying this tournament will ‘set new benchmarks for social, human, economic and environmental developments in sporting events’. That remains to be seen.

I’ve been lucky enough to attend matches at each of the World Cups going back to France 1998 when I was at a truly awful game between Italy and Norway in the stifling heat of the then roofless Velodrome in Marseille – I might have fancied a cooler mid-November game back then.

Neither of those teams qualified for this year’s tournament, instead Norway had the pleasure of beating Ireland yesterday evening, another team who came up short in qualification.

The last World Cup was the first one I attended as part of the travelling media. I was fortunate to report on group matches in St. Petersburg, along with spending a couple of days in Kaliningrad – home to the Russian Baltic Fleet – and that dead rubber England v Belgium game.

I don’t think I’ll be going back to that pariah state any time soon!

I had an expensive Qatar airline voucher due to expire before year end – after covid scuppered my travel plans to go to the Tokyo Olympics. I could of course had chosen to fly somewhere else but said this is a chance to continue my run of World Cups and an excuse to visit the gulf for the first time.

FIFA are working through the media ticketing requests but as it stands I’ll be reporting on Sunday’s match between Qatar and Ecuador and the opening ceremony that precedes it. Flashbacks to Diana Ross’ penalty miss anyone!

For visitors to extratime.com I’ll look to bring a flavour of the tournament and a look into the future as, like Stephen Kenny will be doing, I will attend a couple of matches involving the Netherlands. The Dutch are part of our upcoming European Championship qualifying group.

The Ireland boss, in addition to attending a couple of Dutch games, will take in two matches involving another upcoming Euro 2024 qualifying opponent – the World Champions France – and I’m also hoping to see them play along with Argentina and Portugal.