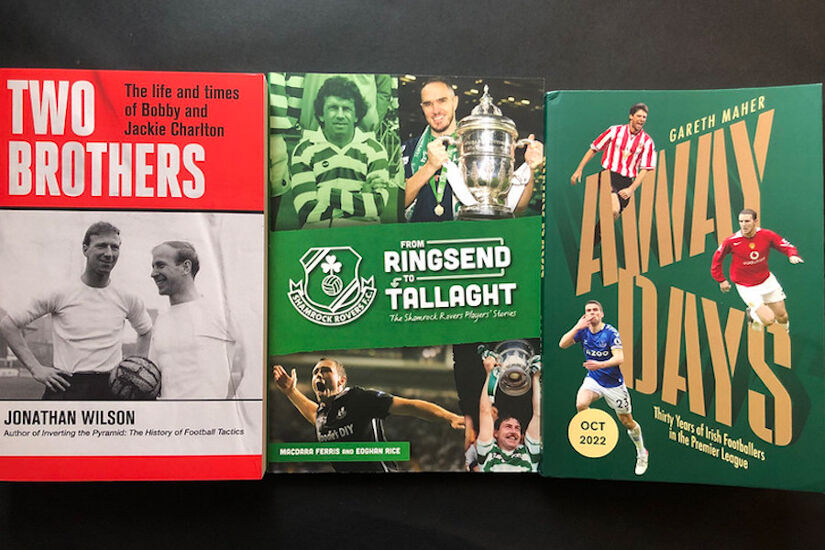 Tallaght Stadium will host events with the authors of a trio of football books on October 16 Credit: None

South Dublin County Council’s Red Line Festival returns this year from October 14 to 16, with the events being held as part of the sports strand in Tallaght Stadium on Sunday 16 October free to attend.

The festival is in its 11th outing and is a celebration of all things literary and looks to enhance the experience of culturally curious audiences, offering them an exciting cultural environment in a suburban area of Dublin not normally associated with literary festivals.

Having secured additional funding, tickets for the sports strand events being held in Tallaght Stadium are free but attendees need to register for a ticket in advance - see here.

This year the festival has expanded to include other cultural streams such as music and theatre. Also added is a sports stream which will be hosted at Tallaght Stadium on Sunday October 16.

With the Council owned stadium, currently expanding to a 10,000+ capacity, home to anchor tenant Shamrock Rovers, it is apt that events will kick-off on Sunday morning at 10am with a discussion on Ireland’s most successful League of Ireland club.

From Ringsend to Tallaght

This extratime.com writer, along with co-author Eoghan Rice, will be discussing our book From Ringsend to Tallaght: The Shamrock Rovers’ Players Stories.

The book is based on interviews with 50 Shamrock Rovers players from the 1930s to the present day, taking fans from the terrace to the dressing room, revealing the behind-the-scenes stories that made the club what it is today.

At midday Gerard Siggins will talk about his sports novel series for children, which take place around the Lansdowne Road stadium and the real-life ghosts that inhabit the ground.

Football writer Jonathan Wilson has the 2pm slot at the event. Wilson is editor of The Blizzard Football quarterly and author of Inverting the Pyramid: The History of Football Tactics, Behind the Curtain: Football in Eastern Europe and Angels with Dirty Faces: The Football History of Argentina.

He will discuss his much anticipated biography of Bobby and Jack Charlton that was published this month.

Two Brothers: The life and times of Bobby and Jackie Charlton tells the story of a great sporting family – one a legendary manager of the Irish football team - and is revealing story of post-war England and of two of the most famous football players of their generation.

GAA will be represented in Tallaght Stadium on the day with Siobhán Doyle talking about her new book A History of the GAA in 100 Objects.

The publication evokes stories of the GAA through objects: medals passed down from generation to generation, jerseys worn in All Ireland finals, a pair of glasses damaged during the events of Bloody Sunday.

The last men standing for Sunday’s sporting stream will be two people who are very familiar with working at Tallaght Stadium.

George Hamilton is a regular attendee commentating for RTÉ while Gareth Maher, as FAI Communications Manager, is the man organising the media around the Republic of Ireland women’s team with Tallaght the home venue for the Girls in Green.

The duo will discuss Gareth’s new book Away Days: Thirty Years of Irish Footballers in the Premier League. Away Days is due for publication on October 14.

Attendance is free for events in Tallaght Stadium in the sporting stream but to secure your place register here, and for events across any of the six streams of the festival please check out here.

Ireland international Clare Shine signs off with a win on Sunday after announcing her retirement from football https://t.co/QzsNXs3Q5z pic.twitter.com/DujqFdFkDR