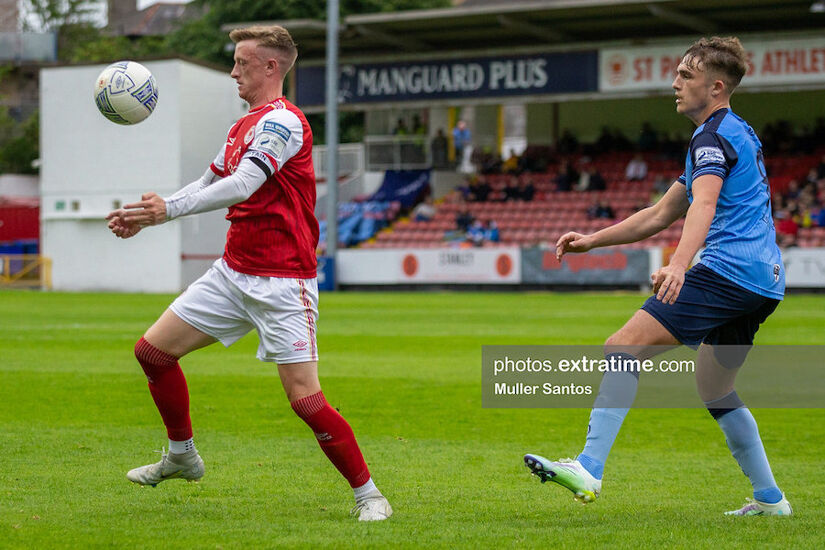 The Students have picked a good time to develop some form as they have moved off the bottom of the table with the league entering the crucial final quarter stage before concluding at beginning of November.

They are now unbeaten in their last three games, two in the league and one in the FAI Cup, with the most recent 2-1 home league win against Finn Harps being the most impressive performance as it was achieved with only ten players for the bulk of the second half.

They still have only a one-point advantage over bottom side Harps but such is their momentum at the moment that they will be optimistic about their chances against their next visitors to Belfield, St Patricks Athletic, before then taking a break from the pressures of the league by travelling to face Galway United in the FAI Cup.

They could have done without the red card that Dara Keane earned in the Harps match however as he will now face a suspension and of course they had previously lost the services of key players Colm Whelan (long term injury) and Liam Kerrigan (transferred to Italian Serie B side Como).

Jack Keaney also left the field injured in the first half of the Harps match so Andy Myler’s young squad may be stretched for resources when they tackle St Pats.

On a more positive note for the Students, young striker Thomas Lonergan and midfielder Evan Caffrey have been in scintillating form of late with Caffrey’s 57th minute wonder goal against Harps a likely contender for goal of the season.

The Saints have come through a very intense period of seven games in a month since they played Dundalk in a league game back on July 15th.

During that period, they experienced the highs and lows of European football, lost to a First Division side in the FAI Cup and picked up four league points out of a maximum of six.

They return again to the relative normality of league football this weekend when they face a rejuvenated UCD having had a five-day rest since their last outing at home to Sligo Rovers last Sunday.

The Athletic had a very positive experience overall in Europe this season and that will have whetted their appetite to be back on the European stage again next season.

They currently sit in fourth place in the league table, but with Sligo Rovers in particular, but also Bohemians and Shelbourne breathing down their neck in search of that elusive fourth slot.

Manager Tim Clancy spike to the media in advance of the game and said: ‘’In the three games we played against UCD this season so far, they have all been very tight affairs. They had a great result against Finn Harps last time out, and similar to ourselves they were down to ten men and showed real discipline, hard work and fitness to get the win.’’

He went on to add: ‘’They are obviously in a scrap for survival and we are in a scrap to finish as high up the table as possible. We are expecting it to be a very close game but we want to build on the brilliant result we had against Sligo Rovers last week.  We need to back that performance up with a win at UCD and we are all looking forward to it.’’

St. Patrick’s Athletic have won all three league encounters between the two sides this season, two at home and one away.

Eoin Doyle and Mark Doyle scored both goals in a 2-0 win at Richmond Park in March. A Ben McCormack goal and a Mark Dignam o.g. helped then to a 2-0 win in Belfield in April, while they had another 2-0 win at home in June, Eoin Doyle scoring both of their goals on this occasion.