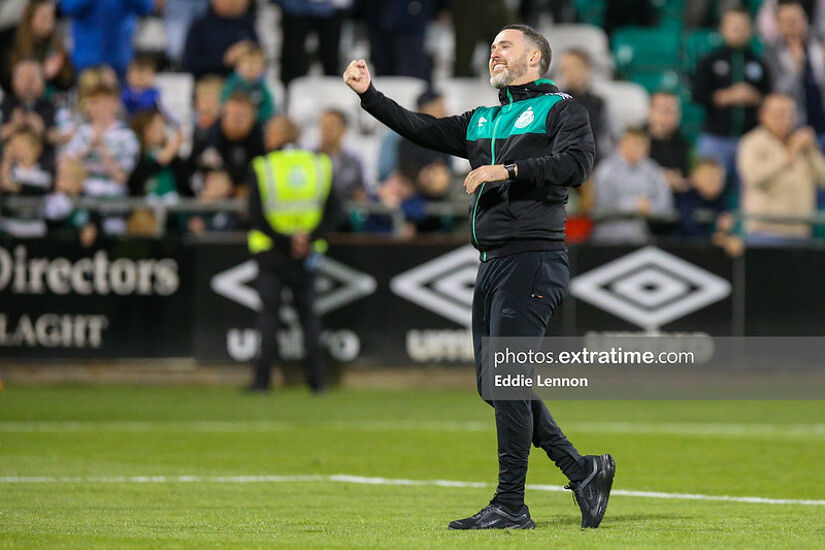 Shamrock Rovers face Ferencváros in their Europa League Playoff first-leg tie on Thursday in the Ferencváros Stadion. The game is live on RTE2 (kick off 7.30pm Irish time).

Ferencvárosi TC are a multi-sport club founded in Budapest in 1899. In addition to men's football, the club has successful teams in women's football, handball, netball and ice hockey.

The Green Eagles are Hungary's most successful club domestically and have won the Nemzeti Bajnokság I (national championship) on 33 occasions, including the last four editions.

As well as domestically, Ferencváros are Hungary’s most successful team in European competitions.

They finished runner-up in the 1974–75 Cup Winners Cup, losing out to Dynamo Kyiv in the final. Prior to that, they won the 1964–65 Inter-Cities Fairs Cup (considered the precursor to the Uefa Cup) defeating Juventus in the final 1-0.

Last season they reached the Europa League group stages but finished bottom of a group that included Celtic, Bayer Leverkusen and Real Betis.

The Budapest club have played Irish opposition once in Uefa competitions in 1996. Defeating Bohemian FC 6-0 on aggregate in the Uefa Cup First qualifying round.

The Green Eagles were recently defeated 4-2 on aggregate by Qarabag FK in the Champions League Third Qualifying Round meaning they dropped into the Europa League Playoff.

Having previously beaten Tobol Kostanay of Kazakhstan (5-1 on aggregate) in round one and Slovan Bratislava of Slovakia (5-3) in round two.

They won their opening league game of the season 1-0 against Puskás Acadamy, Kristoffer Zachariassen scoring the winner. On Sunday evening they made it two from two by hammering Fehervar 4-0

Their captain and goalkeeper is 22-time-capped Hungarian international Dénes Dibusz. While their number two is ex-Liverpool stopper, Adam Bogdan.

Norwegian international Kristoffer Zachariassen got seven goals and five assists from central midfield last season and appears to have started this year brightly.

Ferencváros are lead by head coach Stanislav Cherchesov. A goalkeeper in his playing days,  Cherchesov holds the honour of representing Russia at the World Cup and European Championships as a player and manager.

He appeared as a player at the World Cup in 94 and Euros in 96, while he lead the team as manager to the quarter-finals of their home World Cup in 2018. The 58-year-old was sacked shortly after Euro 2020.

Glenn Nyberg of Swedan. The assistant referees are Mahbod Beigi and Andreas Söderqvist and the fourth official is Adam Ladebäck.

It is a Rovers return for Swedish referee Glenn Nyberg who officiates Ferencvaros v Shamrock Rovers in Budapest next week.

He was in charge for Rovers' 1-0 win over Stjarnan in Tallaght back in 2017 in second leg of first round Europa League qualifier (2-0 on agg). pic.twitter.com/2DnojrqPG7

They play at the Ferencváros Stadion in Budapest which holds 23,700.

The winners will progress to the Europa League group stage the draw for that takes place on 26 August.

The losers will drop down into the Europa Conference group stage the draw for that takes place on 26 August.