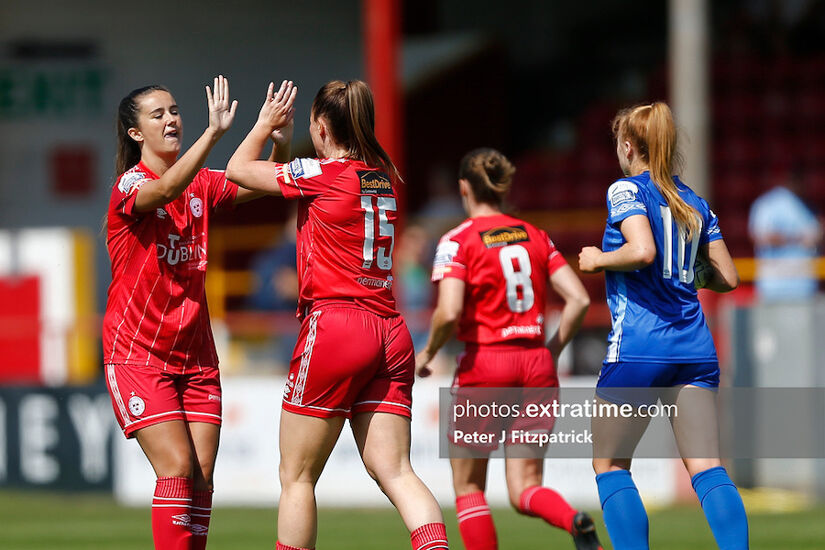 After a stunning strike from Ben O’Riordan made it 1-0 early in the first half, a penalty from Mark Ludden wrapped up the three points just after the break.

City nearly scored inside five minutes when Louis Britton put a low ball into the box for Ruairi Keating.

The Treaty defence scrambled this clear just before the forward could take a touch.

This passage of play ended with Lee Devitt playing Success Edogun into space in front of the Shed End. The striker aimed for the top right corner of the goal and he forced an excellent stretched save from David Harrington.

Tommy Barrett’s side were clearly inspired by this as they pushed up into the City half, and this led to O’Riordan picking off a loose pass from Barry Coffey. The defender swept Dylan McGlade aside before placing the ball into the top left hand corner of the Shed End.

Coffey nearly got redemption with a point blank shot inside the Treaty penalty area, but this was saved by Jack Brady.

The follow up by Keating was scrambled away and City’s next venture into the Treaty half ended with Jonas Hakkinen hitting the cross bar from a Matt Healy corner.

Following the intermission, Edogun twisted free and tried a shot which was blocked by Coffey. As Treaty pushed up, trying to get to the loose ball, Hakkinen fouled and referee Paul Norton pointed to the spot.

Ludden took the spot kick and by sending Harrington the wrong way, he doubled Treaty’s lead.

Colin Healy went straight to his bench and he brought on James Doona, Cian Murphy and Josh Honohan. They were sent on in a desperate rescue mission, but they struggled against Treaty’s compressed back-line.

On one occasion, when they did look to have broken through, Keating got on the end of a ball from Doona, and he hit the roof of the net.