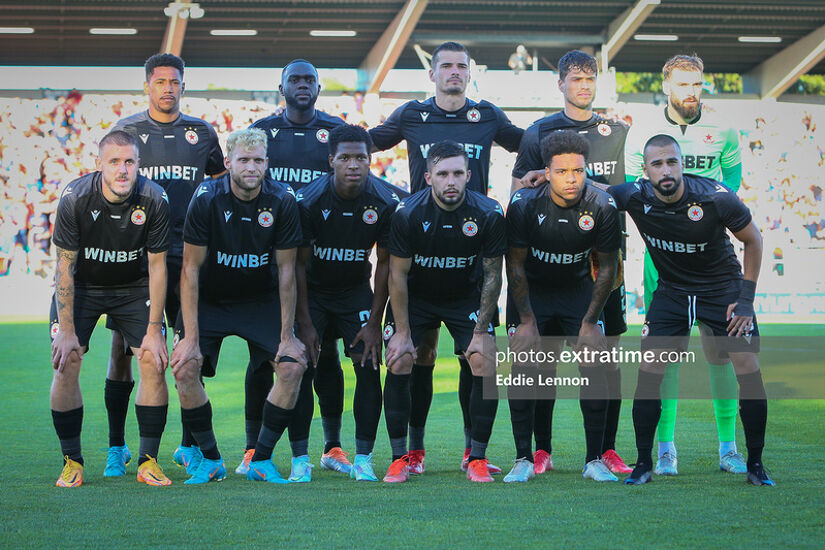 St Patrick's Athletic line up before their 2-0 defeat at the hands of CSKA Sofia. Credit: Eddie Lennon (ETPhotos)

St Patrick’s Athletic have revealed that two of their players were targeted by racist abuse following their defeat to CSKA Sofia in Tallaght Stadium yesterday evening.

In a statement the club confirmed that one player was subjected to abuse from the away section of the ground, while another was abused via their personal social media channel.

Following these allegations, the club have subsequently reported the matter to the FAI, Uefa and SARI.

“We are appalled and disgusted by the vile racist messages and language that has been directed at our players.

“St Patrick’s Athletic is a multi-cultural, inclusive and welcoming club to all individuals, with a zero tolerance policy to racism and abuse of any kind.

The club has offered it’s full support to both players, and we look forward to seeing them back on the pitch at Richmond Park on Sunday.”

Underage Player of the Month winners announced for April to July https://t.co/pTZJ7PmTA9 pic.twitter.com/7I1ksOcPiK