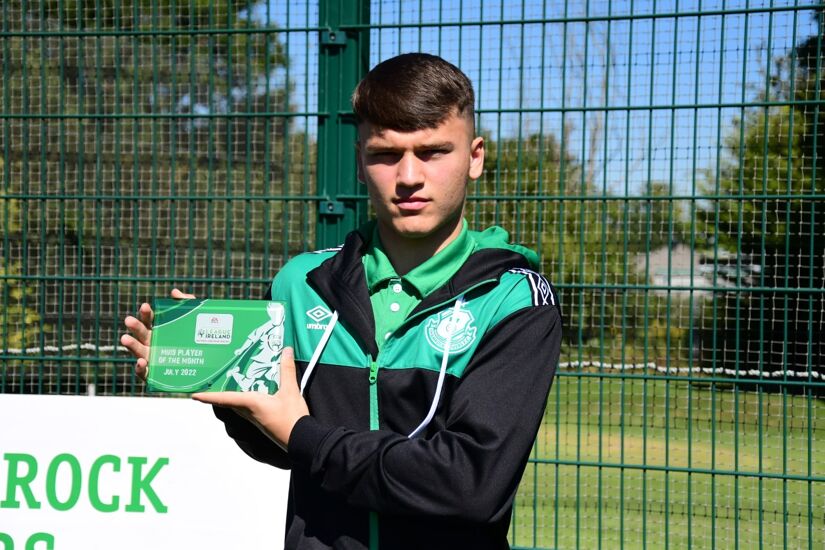 Justin Ferizaj with his award for July U19 Credit: FAI

Underage Player of the Month winners announced for April to July

The National Underage League of Ireland Players of the Month awards for April to July have been announced. A total of 21 winners from twelve different clubs picked up the top playing awards. 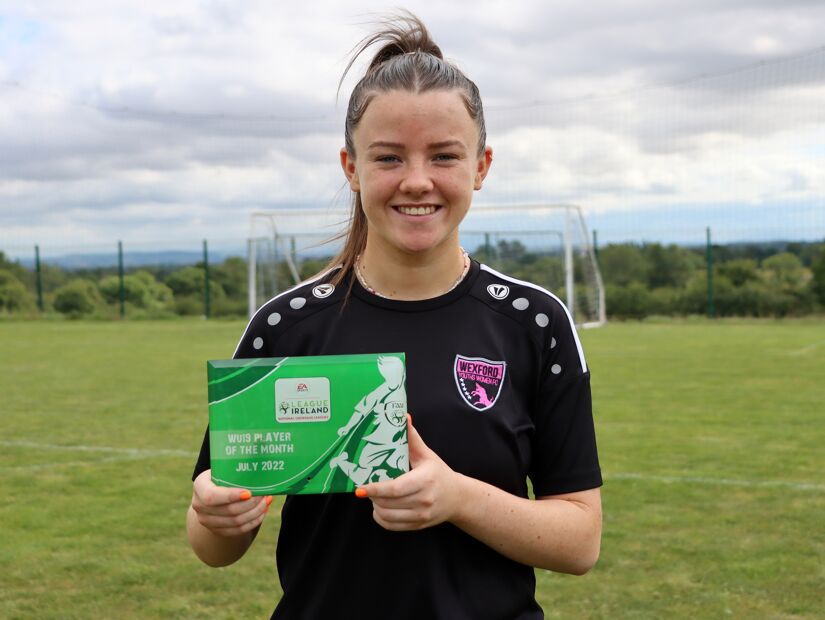