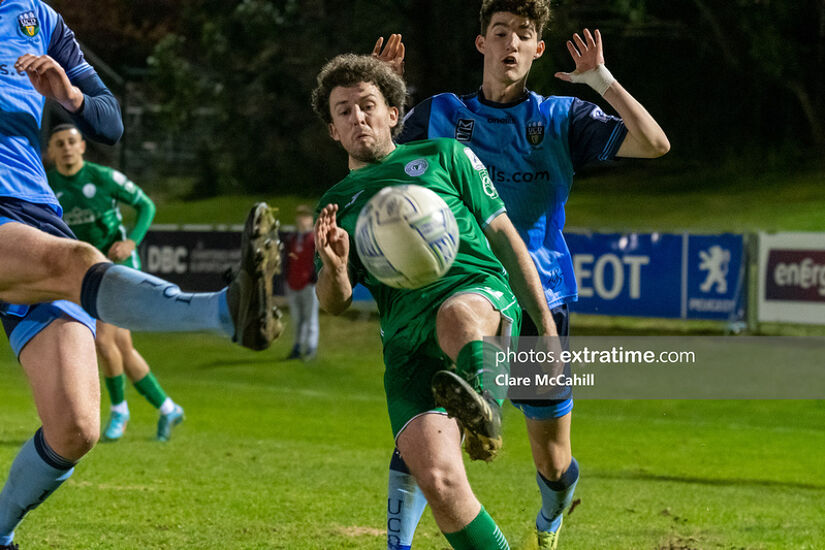 UCD welcome fellow relegation candidates Finn Harps to Belfield on Friday night in a match that will be highly significant in terms of deciding the ninth and tenth positions in the league table come the end of the season.

All UCD’s games for the rest of the season will be crucial but this one probably does fit into the ‘must win’ category if they are to have realistic hopes of avoiding the automatic drop to the First Division.

They have had a good lead into the Harps games with two wins and a draw in their last three games, one of those wins being against non-league side Cockhill Celtic in the FAI Cup.

They have undoubtedly missed the goal scoring exploits of the club’s all leading scorer Colm Whelan who picked up a season ending cruciate ligament injury, ironically in their away match against Harps, back in May. 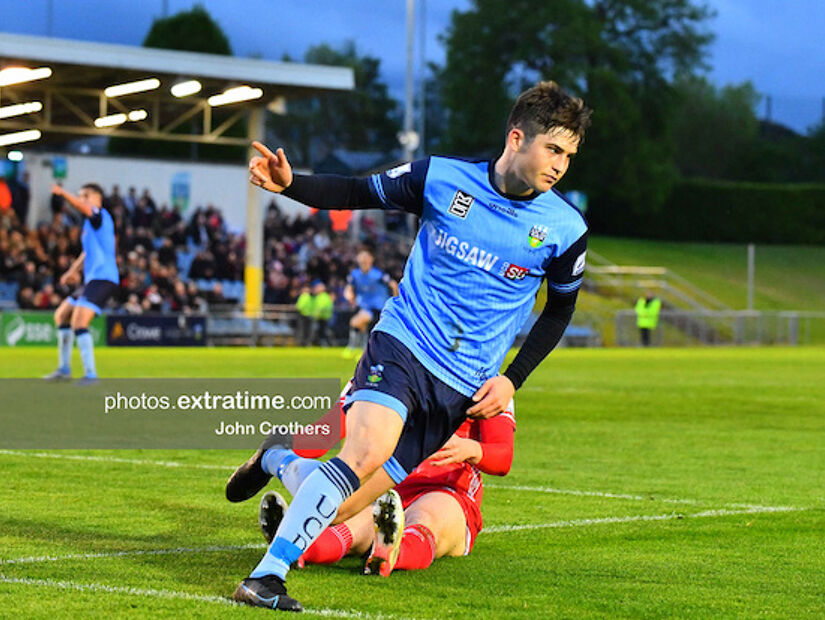 They have however unearthed another goal scoring talent in the form of 18- year -old striker Thomas Lonergan who is now their joint top scorer with four goals (Whelan had also scored four goals in the 15 games he played prior to the injury).

Lonergan scored twice in the space of four minutes in the FAI Cup match and followed that up with an injury time equaliser at the end of the first half away to Drogheda, a match they eventually drew 1-1.

Their next game against Shamrock Rovers was postponed due to Rovers’ European commitments so they should be well rested in advance of this, their tenth last league game of the season.

Finn Harps will travel down to Dublin on Friday for their clash with UCD in what could be categorised as their second most important relegation three pointer of the season.

A win for either side would be a huge psychological boost as well as ensuring an invaluable three points but, in all likelihood, it is the penultimate game of the season at the end of October when the same two sides meet in Donegal which could well determine who makes the automatic drop back to the First Division.

Harps have a two-point advantage over the Students with both sides having played 25 games, so even a draw on Friday night would probably be considered a good result by manager Ollie Horgan.

They did manage to come away from Belfield earlier in the season with a point after a 0-0 draw and they also have had the recent confidence booster of a great 3-0 home win against Drogheda United in their last outing.

They had been on a four-game losing streak before the Drogheda match but goals from Filip Mihaljevic (penalty) and Eric McWoods (2) in that game will boost their confidence no end when they face The Students at the Belfield Bowl.

Horgan spoke to the media about the UCD game and said: “Obviously (the win against Drogheda) can only help but if we don’t get a result on Friday night we’re back where we started, bottom of the table again. 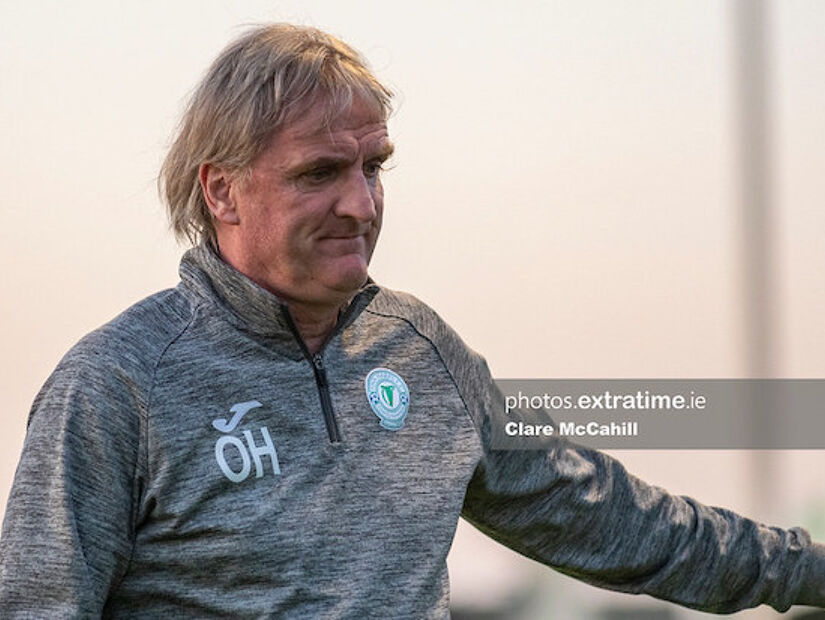 “There’s no one thinking we’re out of the woods here, we’re in a dogfight, we always knew we would be and it certainly still is.”

He added: “We don’t go and say ‘we’ll we can’t lose this and we need to win this’ we try and get something out of every game but most times it doesn’t go your way but we’re not looking at it that way.

“If we could get a point at this stage, we’ll go up the road with open arms but that’s easier said than done with the way they play at home in particular.

“They have loads of legs and ability, technically they’re very good.”

And Horgan knows the quality The Students possess having watched them in recent weeks.

“I watched their game against Cockhill and they kept the ball for fun and Cockhill are a very good side and I watched them in Drogheda last week and they had huge energy and legs especially in the last 20 minutes.

“It’s going to be a very hot evening and all of those factors are going to be very difficult but please God we’ll have gained a bit of confidence from last Friday to take with us to Belfield but we’ll need it and maybe more.

“Only time will tell, I don’t think anyone is getting too carried away about one win.”

There is unlikely to be a deluge of goals in Belfield on Friday if recent matches between the two sides are anything to go by.