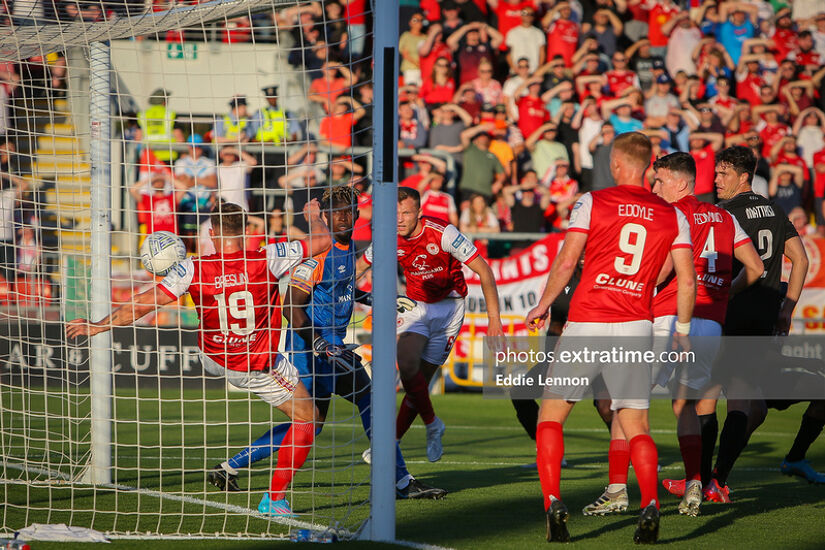 St. Patrick’s Athletic came up just that bit short against CSKA Sofia in Tallaght Stadium on Thursday evening losing 2-0 in the second leg of this Europa Conference League third round qualifier and exited Europe 2-1 on aggregate.

A goal in each half from the visitors was enough to cancel out the Athletic’s 1-0 first leg victory and so it is the Bulgarian side who go on to play Basel in the play-off.

Having had lots of travel troubles when they last played away from Inchicore, it was a straightforward trip to Tallaght Stadium on Thursday for this tie for Pat’s.

While Richmond Park wasn’t up to UEFA spec to host this third round tie, the Saints fans came in massive numbers to Tallaght to cheer on their team, with President Michael D Higgins also in attendance on a stunning sunny evening in Dublin 24.

It was a poor goal that the Saints conceded on 12 minutes. Harry Brockbank had done well initially to block Garcez’s cross but from the resulting Thiabut Vion corner Garcez was unmarked to power home a header to level the tie on aggregate. 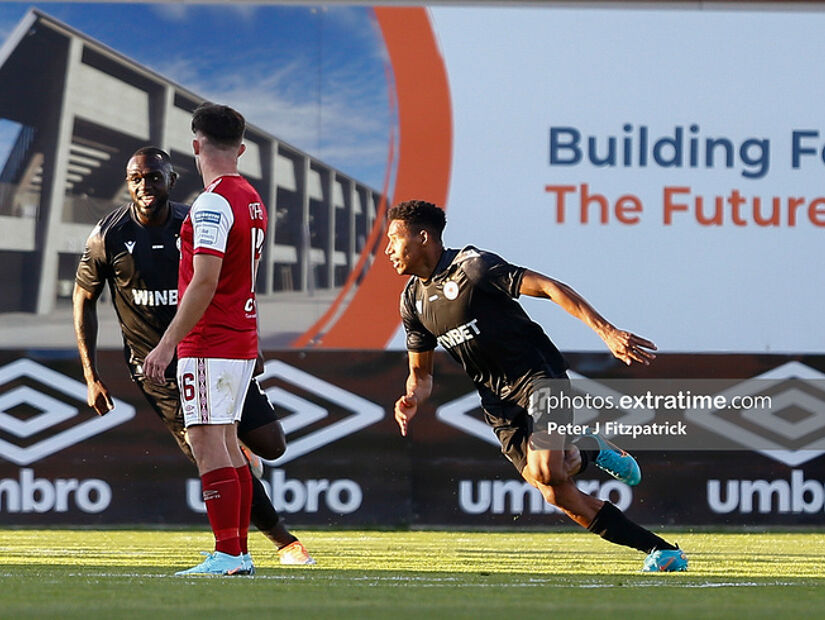 The CSKA striker should probably have doubled their lead on 27 minutes when again he found himself in lots of space. This time he screwed his shot on the edge of the six-yard box wide with the goal at his mercy.

However, it certainly wasn’t one way traffic in the half. The ever lively Adam O’Reilly was central to the Pat’s play. He was on the end of the best chances of the opening half for the home team. The first one required a good save off keeper Gustavo Busatto with his boot after Billy King played O’Reilly in, while the second one was a tame effort when he found space off a Barry Cotter pass.

Saints skipper Joe Redmond almost caught out Busatto with an overhit cross while Joseph Anang needed to save a Moreno Alvarez shot when he turned and shot on the edge of the area.

Forrester was a good outlet for Pat’s to hold onto the ball and transition into attack and the visitors needed to be aware of Billy King floating in behind Eoin Doyle who led the line for the Saints.

The visiting bench were not happy with a Tom Grivosti foul diving in off his feet to win the ball off Vion that earned him a booking from the Romanian referee - the first of 11 yellow cards flashed on the night. Amos Youga then picked up a yellow card soon after as things began to get tasty in Tallaght and it wasn’t to end there.

Tim Clancy, who was also booked, brought on last week’s match winner Serge Atakayi on 65 minutes in place of King as they went looking for an equaliser on the night and a lead in the tie.

With a quarter of an hour to go, after sustained Saints pressure, it seemed hard to see how the Athletic hadn’t got the goal they needed. O’Reilly should have beaten the last man with Doyle lurking behind, Anto Breslin had a glaring miss off a Forester cross and a golden chance then went abegging. 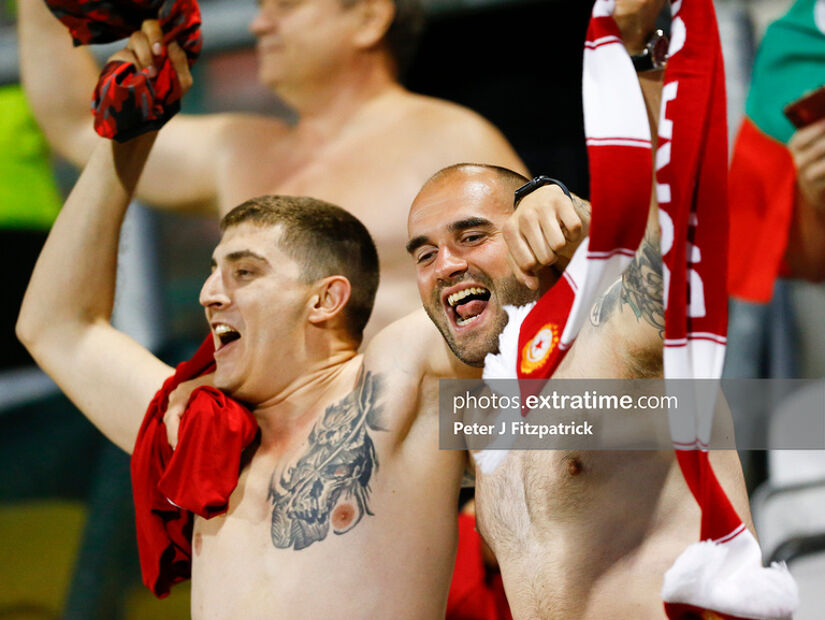 Atakayi showed a clean pair of heels to the CSKA defence but his left foot effort hadn’t the power to beat Busatto and when King followed up his chance neither found the target nor a team mate following in on the action.

CSKA then were awarded a soft penalty for a handball on Brockbank that was converted nine minutes from time by Ivan Turitsov to give them a 2-1 lead in the tie. The Saints pressed hard in the closing minutes but couldn’t quite do enough to grab a goal that would take the tie to extra-time.

Tempers frayed after the final whistle when Bradley De Nooijer and Adam O'Reilly were both shown red cards as the Saints certainly didn’t go out with a whimper.