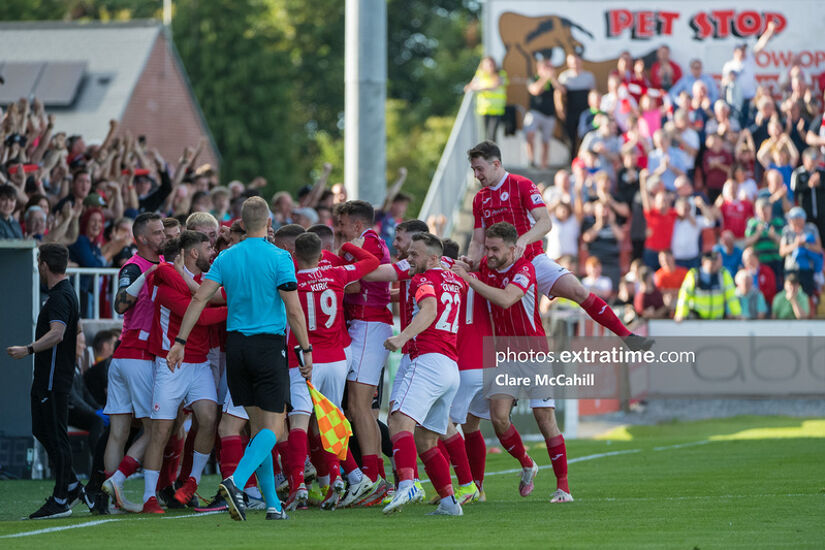 Sligo will be looking to recreate the atmosphere and result of the Motherwell game against Bohemians Credit: Clare McCahill (ETPhotos)

The Bit O'Red welcome Bohemians to the Showgrounds on Sunday afternoon (4.45pm KO) looking to put a tough night in Norway behind them.

Much like most of Northern Europe in the ninth century, Thursday evening saw Sligo suffer a heavy defeat to the Vikings and it would take a second leg scoreline of epic proportions to reclaim the tie on their home territory later this week.

However, before then John Russell's troops will be looking to put Bohemians to the sword and attempt to cut the gap to St Patrick's Athletic in fourth. Currently tied on 32 points apiece, a winner from today's game would be within a point of the aforementioned Saints.

Sligo's woes weren't restricted to the scoreboard as injuries to the influential Garry Buckley and Adam McDonnell will see them miss out on the action and join Seamus Keogh and Colm Horgan on the treatment table.

Speaking with his club media on Saturday, Russell said,

‘’We know Bohemians have signed a lot of new players and are always a difficult opponent.

‘’It’s important that we focus on ourselves tomorrow and get back to playing well and imposing our game on the opposition.

‘’We picked up a few knocks in Norway, so we’ll assess a few players before the game.

‘’Garry Buckley will definitely miss out, and will have a scan early next week on his knee. Adam McDonnell will also miss the game, but we hope he will be back soon’’.

Having been the League of Ireland's fairytale European story themselves last summer, Bohemians will be aware of the journey Sligo Rovers are currently on. However, while empathetic of the plight of the Bit O'Red- who have three games this week- Keith Long's men will still be looking to plunder all three points on offer.

Buoyed by the addition of a large cohort of summer signings, including the headline grabbing arrival of former Republic of Ireland underage striker Jonathon Afolabi this week, Bohemians are on a three game winning run- an FAI Cup victory in Finn Park sandwiched by league wins over UCD and Drogheda United.

Ex Derry City defender Josh Kerr has bolstered the defence while the experienced duo of John O'Sullivan and Declan McDaid allied to the impressive capture of James Clarke may help offset the loss of the talented Dawson Devoy in midfield. Up front, Afolabi and Ethon Varian are a couple of new options to replace Promise Omochere.

As with all transfers, it may take time for the team to settle down together. However, if Bohemians are to mount a serious challenge for European places they need to keep their current form up and establish a consistency which has been missing from their form this season.

Their best run of results so far this campaign was a four match unbeaten sequence of two wins and two draws, kickstarted by victory in the Showgrounds the last time the two sides met at the venue.

In team news, long term absentee James Talbot will miss the game while there are expected to be a number of changes to the starting lineup following that Cup victory last weekend.