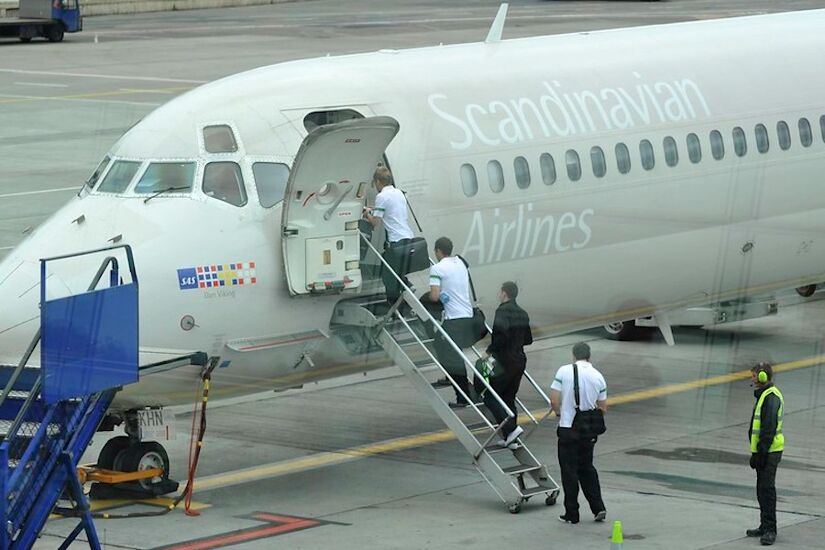 An FAI statement after 11pm on Friday confirmed that Sunday’s Premier Division game between Shelbourne and St. Patrick’s Athletic will not go ahead as planned.

The Saints are stranded in Sofia after issues with their return charter flight following their 1-0 win over CSKA in the first leg of their Europa Conference League third qualification round tie.

Difficulties within the travel industry has been front page news throughout the summer but is now generating stories in the sports news.

Clubs have struggled with securing charter flights and slots in Irish airports (due to staffing issues and covid absences) and it hasn't made it easy for any League of Ireland side in Europe.

Shamrock Rovers flew to Malta from Shannon in their Champions League first round qualifier and for the subsequent round sent their squad through assorted commercial routes to Bulgaria last month.

UEFA require clubs to travel by charter for third round qualifiers.

Pats flew out of Knock Airport for their game against CSKA Sofia and have now run into difficulty as they look to return home but will only do so now on Sunday morning.

Shkupi, Rovers’ opponents this week, were unhappy that a slot in Dublin Airport couldn’t be secured for last Thursday’s Europa League qualifier. They landed in Shannon and put out a bizarre statement deriding the decision of the Irish government in not helping them.

The FAI have said they will reviewing the matter further before deciding the ‘next steps’ surrounding the Shels v Saints fixture.

‘Following tonight’s confirmation from St Patrick’s Athletic that their squad will not return to Ireland from their recent European game in Bulgaria until Sunday morning, it has been decided that the SSE Airtricity Premier Division game between Shelbourne and St Pat’s on Sunday afternoon, August 7th, at Tolka Park will now not go ahead as scheduled. The FAI will now review this matter internally and a further announcement will be made in due course regarding next steps.’