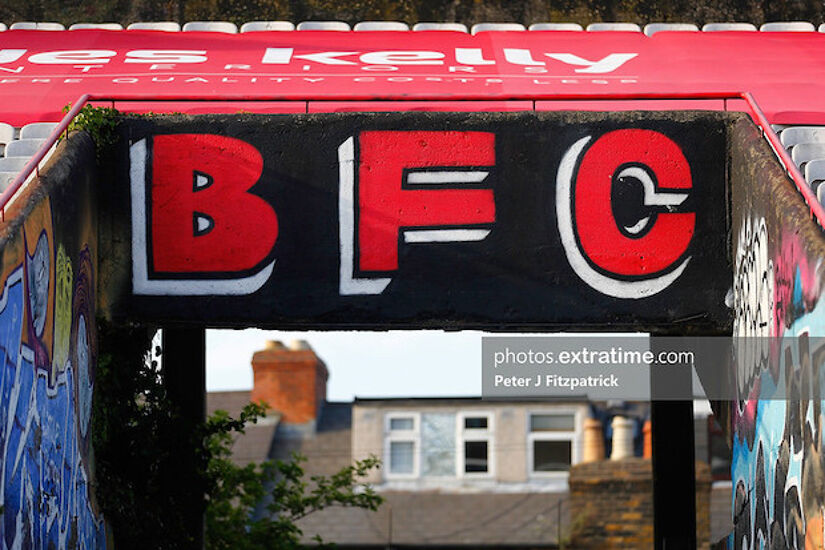 Bohemians came from behind to win 3-1 at Dalymount Park on Saturday evening. Credit: Peter Fitzpatrick (ETPhotos)

Bohemians ran out 3-1 winners in the Women’s National League when they hosted Cork City at Dalymount Park on Saturday evening.

Aoibhin Donnelly put the visitors ahead in the first half, but some inspired substitutions saw the Gypsies fight back with Aoife Robinson scoring either side of a Niamh Prior goal to give the home side the win.

Sean Byrne named an unchanged side from their scoreless draw with Shelbourne in the Northside Derby on Wednesday night, showing great faith in the stamina of his starting eleven.

McCarthy had to be on form from the outset with the home side testing the goalkeeper several times early on.

Isobel Finnegan landed a corner-kick practically on top of the shot stopper and she had to be alert to slap the ball away from danger in the 11th minute, just a few minutes later Lisa Murphy lined up a long range effort and drew a save from the ‘keeper.

In the 20th minute Rebecca Cooke fancied her chances, again from distance, McCarthy managed to get across her goal quickly once again to make another save to deny the home side the lead.

Cooke had a shot saved again two minutes later when Chloe Darby linked Kira Bates Crosbie into the play, she pulled the ball back for Cooke, but McCarthy was able to deny the midfielder for a second time.

Despite the seemingly one way traffic, it was the visitors that took the lead.  Chloe Atkinson raced up the right flank before floating a dangerous cross into the box, a Bohs defender got a head to it but failed to clear and it fell to Aoibhin Donnelly at the far post to smash the ball into the net.

The home side went back on the attack and on the half hour mark Abbie Brophy broke the tackle of Orlaith Deasy and raced into the box before rifling a shot off on goal with McCarthy diving across to deny the goal.

The Rebels weren’t far away from doubling their lead shortly after the re-start when Laura Shine got hold of the ball and cut inside the box, she fired a great shot on goal and Rachael Kelly certainly thought so as she made a dive to save, although the ball went narrowly wide of the goal.

With Bohs still in search of an equaliser, Brophy played an impressive cross into the box in the 53rd minute, Erica Burke flicked the ball on with her head finding Cooke who had McCarthy beaten only for Danielle Burke to come to the rescue and block the shot.

City were nearly out of site in the 72nd minute when a corner-kick was eventually recycled out to Nadine Seward on the edge of the box, she took aim and rattled the crossbar much to the relief of the home fans.

Sean Byrne’s side certainly deserved something from this game and just three minutes later they made the breakthrough, Rachel Doyle floated a ball in from a corner and half-time substitute Aoife Robinson managed to turn it into the net in a crowded box for the equaliser.

Niamh Prior had only just entered the fray in the 74th minute and she put the home side in front three minutes later when Brophy crossed to Burke, the striker got the ball caught in her feet before managing to release the ball to allow Prior blast the ball into the net.

Bohs made sure of the three points just before injury time with Doyle providing the ball once again, although this time from a free-kick, it was Robinson who got free of her marker and headed into the top corner for the victory.