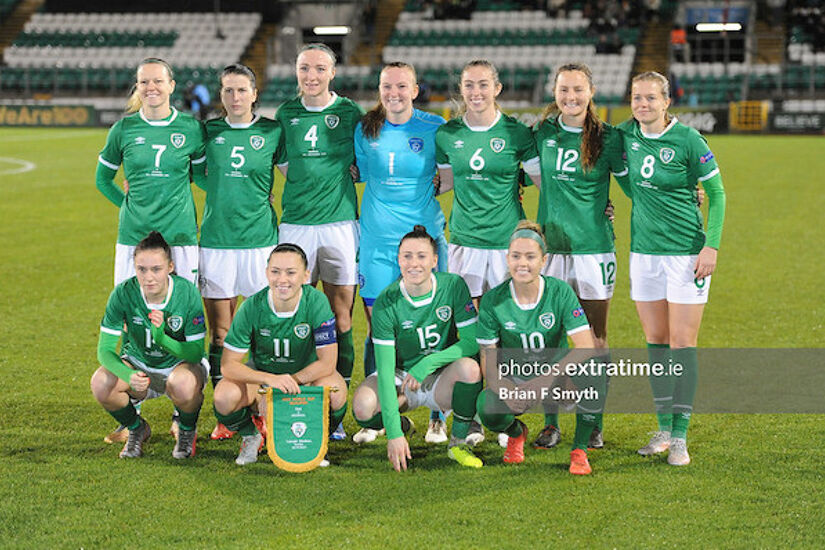 Tickets for the crucial Republic of Ireland 2023 World Cup qualifier against Finland on September 1 (kick-off 7pm) in Tallaght Stadium have sold out.

FAI season ticket holders from the Aviva Stadium were able to avail of the pre-sale earlier this week and when the remaining tickets went on general sale on Wednesday they were snapped up before the end of the day.

Vera Pauw's side face third-placed Finland knowing a win would earn the girls in green a World Cup Play-Off.

Ireland come into the qualifier undefeated in their last five competitive outings including 11-0 and 9-0 victories over Georgia and a 1-1 draw away to Olympic silver medallists Sweden.

A huge thank you to our WNT  supporters

Can't wait to see you in @tallaghtstadium on September 1st for this key @FIFAWWC qualifier#COYGIG | #WeAreOne pic.twitter.com/faGGBNcIf1

The two play-off winners with the highest ranking (based on results in the qualifying group stage and round 2 play-offs) will qualify for the finals.

With the remaining play-off winner competing in an inter-confederation play-off in February 2023 in Australia and New Zealand and details on those play-offs were confirmed by FIFA earlier this month.

Ten teams will compete for the final three qualifying spots for the tournament at Waikato Stadium in Hamilton/Kirikiriroa and North Harbour Stadium in Auckland/T?maki Makaurau at the play-off tournament from 17 to 23 February 2023.

The ten participating teams in the Play-Off Tournament will come from Asia (two), Africa (two), North and Central America and the Caribbean (two), South America (two), Europe (one) and Oceania (one).

Two nations from Asia – Thailand and Chinese Taipei – have already confirmed their participation with the remaining eight teams to qualify for the Play-off Tournament through their continental tournaments.

China PR, Japan, Korea Republic, Philippines and Vietnam from Asia and France, Spain, Sweden and Denmark from Europe have already secured their place at the FIFA Women’s World Cup 2023 and will join the two host nations – Australia and New Zealand.