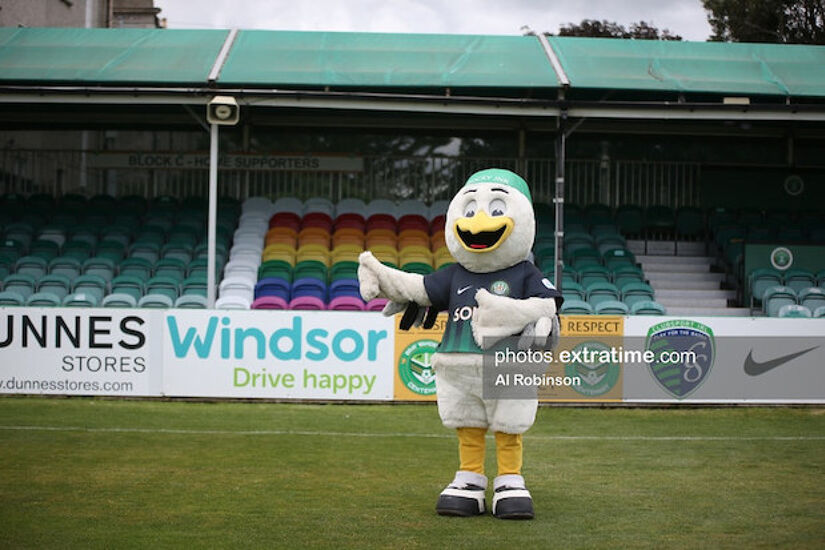 Cork City maintained their four-point advantage at the top of the First Division after they recorded a fairly comfortable 3-1 win over Bray Wanderers at the Carlisle Grounds on Friday night.

In truth City held Wanderers at arm’s length throughout the game and never looked in danger of leaving the three points behind them at any stage.

City’s goal scoring record this season has been phenomenal, as has been their spread of scorers, and the pattern was clearly evident again in Bray where they hit the net three times with three different scorers - Cian Murphy, Jonas Hakkinen and Ruairi Higgins.

The Leesiders got off to a great start in the 14th minute when the pacy Cian Bargary got past Conor McManus on the right wing and crossed for Murphy to flash the ball past Stephen McGuinness in the Wanderers goal.

Bray did battle well after the concession of the early goal, with Conor Clifford in particular constantly probing the visitors defence at every opportunity. He got good assistance from willing runners Darragh Lynch and Paul Fox up front but in general the Cork City defence was very solid with Josh Honohan their stand out player of their back three.

The Seagulls would have been happy with only a one goal deficit at the break but in keeping with their luck all season they conceded a second on the stroke of half time.

Murphy’s strike on goal from a corner was only parried by Stephen McGuinness and when it fell to centre half Hakkinen, who had moved forward for the corner, he was able to steer the ball into an empty net to make it 2-0 at the whistle.

Wanderers’s manager Pat Devlin introduced two substitutes early in the second period and one of those was instrumental in helping Bray get back into the game. Kurtis Byrne floated in an inch perfect cross from the right in the 61st minute and the hard-working Lynch outjumped Honohan and steered a great header past David Harrington to give the home side a life line.

Colin Healy’s men did not take long to respond to that setback however and regained that two-goal advantage shortly after in the 68th minute.

Once again it stemmed from a corner, Kevin O’Connor’s delivery was only partially cleared and when the ball arrived at the feet of James Doona on the left wing, his cross bounced off the chest of McGuinness and Higgins stooped low to head the ball into the empty net.

Whatever chance Bray Wanderers had of staging a second recovery evaporated in the 75th minute when influential midfielder Clifford received a straight red card from referee Rob Dowling for an off the ball incident with Aaron Bolger, the latter also getting a yellow card for his part in the altercation.

The game began to peter out after the sending off and City almost scored a fourth goal in the 89th minute when Hakkinen headed the ball off the post after another dangerous corner kick.