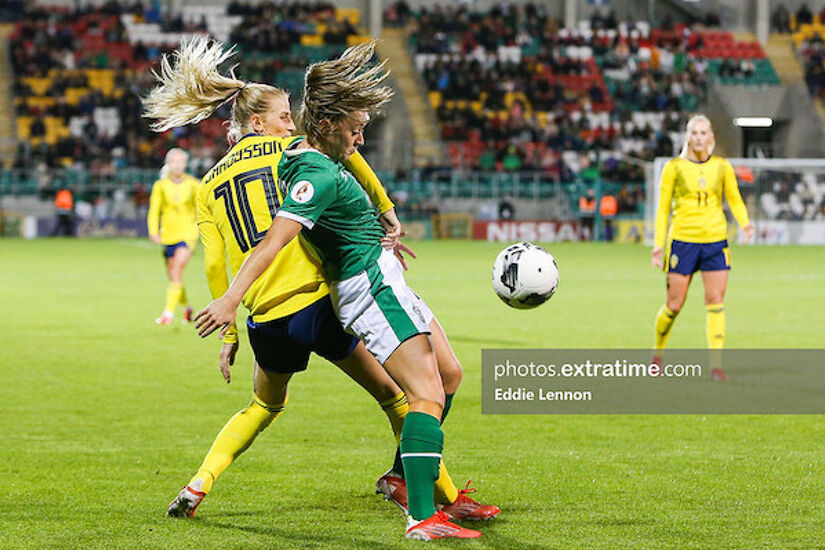 Republic of Ireland manager Vera Pauw has called on supporters to pack-out Tallaght Stadium for the next 2023 Women’s World Cup qualifier in September against Finland.

After her team thumped Georgia 9-0 in Gori in a record equalling away victory, next up for the girls in green is a clash at home against Finland.

Win that match and they will be in a play-off for the World Cup in Australia and New Zealand next Summer.

“I hope Tallaght Stadium will be full-full-full packed with a lot of noise and everyone that wants to support us because we really need that,” said Pauw speaking to FAITV after Monday’s win in Georgia.

“We have two games to go (Finland at home and Slovakia away) and we have it in our own hands. We have the feeling that we are on the point of doing it with the support in our home stadium.”

Monday’s match meant Ireland have scored 20 goals in total against Georgia in this campaign. 4-0 up at the break, Pauw had some words at the break with her team to ensure they kept pressure up on the home team – goal difference may help Ireland in the play-offs to get one of the best runners up spots.

“We scored some beautiful goals. We could have scored more. At half time we were really on to it as there were a few shoboating in the first half and thinking that would give goals.