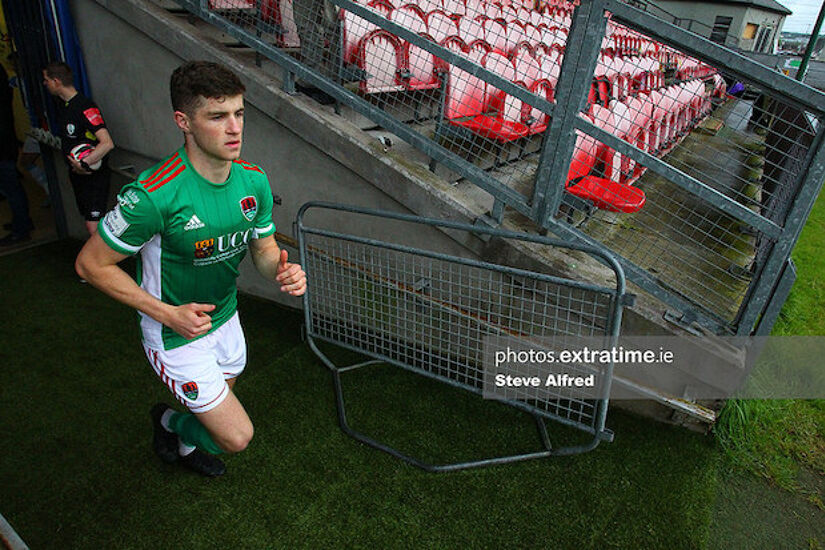 They struggled to create much against a solid Cobh Ramblers side, but three points was all that mattered on a night when elsewhere Galway United drew 0-0 at home with Treaty United.

It was another disappointment for the visitors after a difficult week for them. A home defeat to Wexford saw the departure of Darren Murphy and his coaching staff. They were game enough, but were unable to come away with a result.

Given the respective positions of each side, it was unsurprising that Cobh arrived with a line-up designed to sit in and make it difficult for the home side. A couple of balls played into the direction of Mark O’Mahony brought about some half-chances, but the defence stood firm.

The best chance came as a result of a neat one-two between Cian Bargary and Kieran Coates. The former sent a curling shot from the edge of the area goalward. Sean Farron just about tipped it away. Cobh were able to create a few opportunities from breakaways. Ben O’Riordan unlucky to see a header over the bar from a Darragh O’Sullivan Connell set-piece.

The level of clear chances was lacking though as the Rams harassed and pressed their opponents. Far too often, the build up was too slow in this period which played into Cobh’s hands.

Bargary was perhaps the one player in a creative sense that tried to force the issue. His cross led to the best chance before O’ Mahony flicked his header wide. A late solo run from midfield by Bargary again almost led to a breakthrough before he was crowded out.

Sean McGrath was making the best of his late call-up to impress for Cobh. His tackling and runs from deep kept the City defenders busy.

The Leesiders definitely started with greater impetus in the second half. Sub James Doona added more of an offensive threat to try and break down Ramblers. Both he and Bargary saw efforts deflected wide. The number of corners and free kicks piled up as the home side attacked their fans end.

The pressure told eventually. As the ball was swung in, Barron misjudged the depth on it and was only able to palm it out. Crowley who was just on the pitch was alive to tap it home.

The attack sensed blood and strove to put the game to bed. Barron denied Coleman at point-blank range from a Matt Srbely cross and Luke Desmond flung himself at a Bargary effort to deflect it wide. Crowley almost added to his impact as well, but his low shot went just past the post. Josh Honohan thought he had doubled the lead but saw his close-range effort ruled out for a handball in the build-up.

Cobh knew that they had to go for it in order to get anything from it. They begun playing the ball longer towards the likes of Jake Hegarty and James O’Leary but found the City defence in determined fashion.

McGrath almost found space at the back post as the end approached. Jonas Hakkinen pulled off a great block to stop him in his tracks.

Delight and relief at the final whistle as the result was secured. All three points enabled City to jump above Galway United to top the table by a point. They now travel to Treaty on Monday evening in yet another Munster derby. Cobh host the same opponents on Friday night.