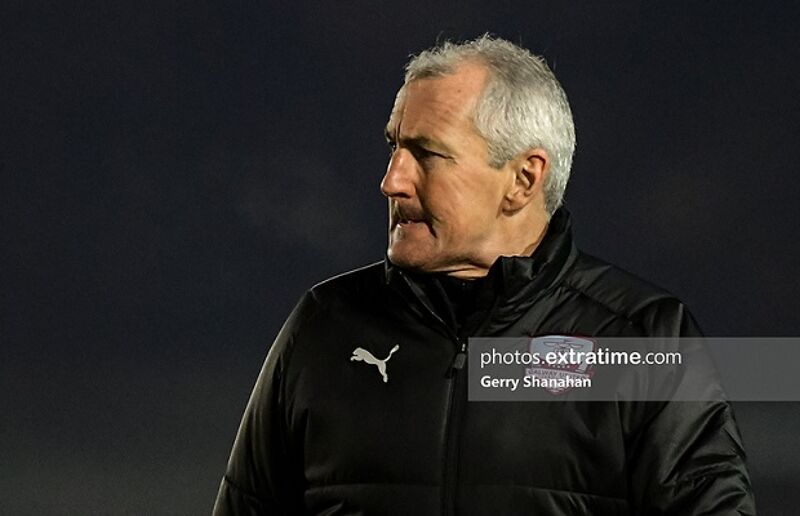 Bray Wanderers testing season sunk to a new low, as they were soundly beaten by Galway United at the Carlisle Grounds on Friday evening.

The Seagulls coughed up an opener inside 38 seconds, before then conceding four more on a night to forget for Pat Devlin’s side.

Forward Darragh Lynch scored what proved to be a consolation for the hosts, with Stephen Walsh’s brace setting the Tribesmen on their way to another win on the road.

Further goals from David Hurley, Wilson Waweru and Max Hemmings followed to seal the deal for the visitors.

Walsh opened the scoring for United with their first attack of the game, heading home a Hemmings cross into the penalty area.

Walsh then turned provider to give Galway a 2-0 lead in the 23rd minute, teeing up Waweru who blasted home past Bray ‘keeper Mick Kelly.

After the break, Bray rallied and halved the deficit just past the hour mark through Lynch.

The teenager found himself in the right place at the right time to turn the ball into the back of the net.

But Bray were undone just moments after Karl Manahan flashed his header wide, with Hemmings’ cross-turned-shot sailing into the top corner of the net.

Shortly after, Walsh ended any hope of a late Bray fightback with a low finish after Manu Dimas dispossessed Kevin Knight to tee up the defender turned striker.

The Seagulls then conceded a fifth via the spot, with Hurley blasting home past Kelly.