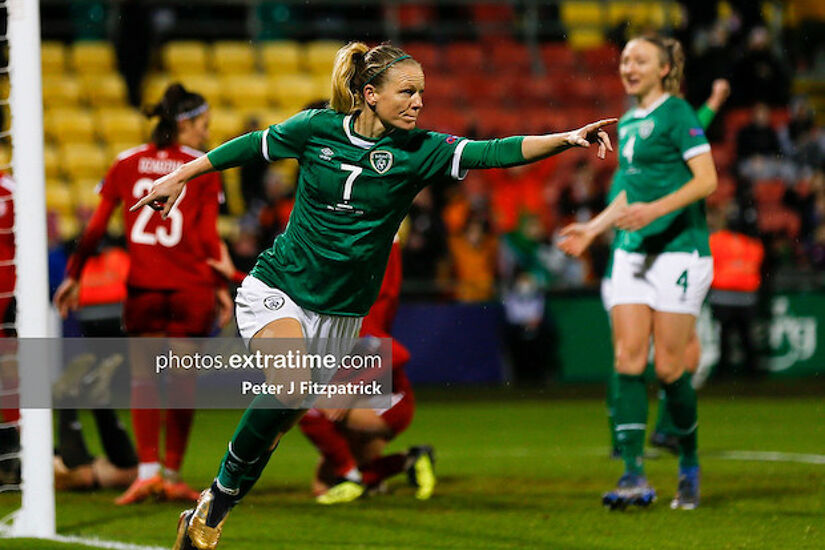 The Republic of Ireland squad for the upcoming 2023 FIFA Women’s World Cup qualifying game against Georgia was named by Vera Pauw on Wednesday.

The Dutch coach is bringing 27 players to their initial training camp in Turkey, where they will also play a friendly against the Philippines this Sunday (ko 4pm Irish time live on FAI TV YouTube), before the game in Georgia on Monday June 27th (ko 5pm Irish time live on RTÉ2).

Philippines are ranked 54th in the world rankings compared with Ireland in 30th position.

Defender Diane Caldwell also returns to the squad having been unavailable for Ireland’s 1-1 draw with Sweden in April.

The draw in Gothenburg, which saw the Swedes secure the automatic qualification spot from Group A, leaves Ireland in third place in the group. A win over Georgia would see them jump above Finland into second spot with two games remaining.

Due to exam commitments Wexford Youths duo Aoibheann Clancy and Ellen Molloy are not available for the camp and the upcoming qualifier as they are both currently doing their Leaving Certificate exams.

The Irish players and officials flew out to the training camp in Anataya on Wednesday and will travel on to Tbilisi on Saturday June 25th ahead of the qualifier against Georgia.

The squad, which contains seven current SSE Airtricity WNL players, in full is:

Stephen Kenny: 'Nathan (Collins) has been really really good. His decision making is excellent. He was exceptional over the four games.' https://t.co/jWYIeSsydj pic.twitter.com/s3o2GnoHfD