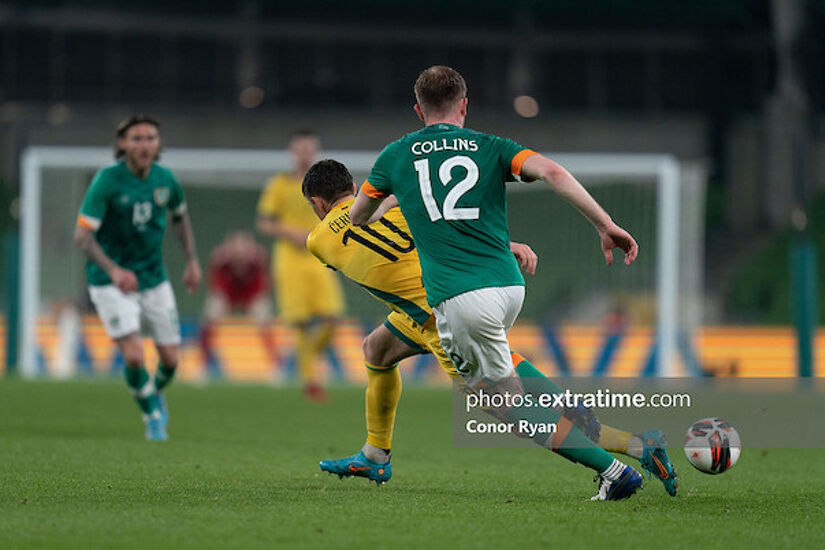 Nathan Collins: 'I love the style of play and the freedom the manager gives me'

Nathan Collins admits he is happy with his performances but feels he can do a lot better and keep improving.

The Leixlip native enjoyed a breakthrough season in the Premier League with Burnley becoming a key figure in the heart of their defence in the second half of the season despite their relegation.

He has also been one of the shining lights for the Republic of Ireland in the last two games.

Stephen Kenny’s charges have opened their UEFA Nations League campaign with successive 1-0 defeats to Armenia and Ukraine but Collins has drawn praise for his performances in both games particularly against Ukraine.

“On a personal note I think I have done alright,” he explains. “I watch back my games and look at what I can improve on.

“There is still a lot to go, and there are still a few things. I’ve done well overall but I have still conceded two goals in two games.

“Maybe I can do a bit more to help the team prevent them, and if we didn’t concede two goals in two games we wouldn’t have lost them.

“As much as people are giving me praise, I still think I can do better and improve a lot. I’d prefer to win really.”

It has been a breakthrough year for the centre back who enjoyed a first season in the Premier League last season and has won five Ireland caps while he made his first two competitive starts in this window.

The 20-year-old has looked assured in possession when lining out in the back three and he is relishing the freedom he has been given to express himself on the ball.

“I’ve enjoyed it and I love it. I’d imagine that the Premier League has helped. I love playing there against the players, and coming into the internationals, I love playing for Ireland.

“I love the style of play and the freedom the manager gives me. I really enjoy it.”

With Ben Mee and James Tarkowski set to leave Burnley on free transfers Collins will be a pivotal figure in Burnley’s bid to bounce back to the top flight at the first time of asking.